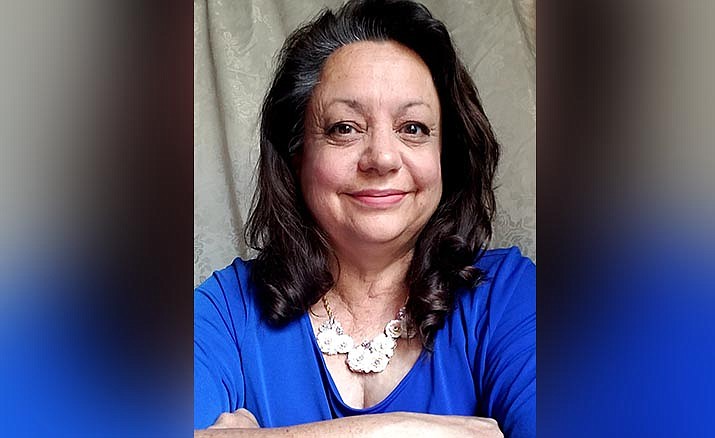 COTTONWOOD -- Cottonwood Vice Mayor Kyla Allen is stepping down from her seat after the next regular meeting on Tuesday, Jan. 15.

“It is with mixed feelings that I announce I will be stepping down from my position on the Cottonwood City Council,” Kyla stated in an email to the Verde Independent. “The decision to step down did not come lightly as I had, in my mind, my path set for the next six years. This included a run for the Mayor’s seat in 2020/21. But life happens and paths change.”

Allen cited her husband's health as the reason for her leaving the dais. Allen said she will also be moving outside city limits, making her ineligible to keep her seat on city council. She said she spent more than a year looking for housing within Cottonwood city limits.

“The fact that it took me a year and a half to realize we could not find what we wanted within our corporate city limits is also a stark reminder of the need for affordable workforce housing, which is also one of councils goals,” she said.

Allen was the top vote-getter in the August primary for city council with more than 1,200 votes. She was seeking election to the seat she was appointed to in June 2016. She was selected by her council peers to serve as vice mayor in January, 2018.

“It has been an incredible 2.5 years, with a great deal of learning and service,” she said. “Ahead are some exciting times for the city with our great new City Manager Ron Corbin, the possibility of a new city hall, and much more.”

Allen is a 32-year resident of Cottonwood and graduate of the Verde Valley Leadership Program.

“I would be remiss in not thanking those who worked so hard to get me elected,” she said. “It is with gratitude I express my appreciation to Terry Clements and her army of supporters, to my running mate Doug Hulse and his amazing wife Carol. My thanks to the employees of the city for the amazing and often thankless work they do for our citizens. And to the multitude of contributors, groups and individual supporters who voted for me.”

Outgoing Cottonwood City Manager Doug Bartosh said he was “very sad” for Cottonwood citizens and staff when he heard about her upcoming departure.

“Kyla has a great understanding of the needs of the city and a deep concern about its continued success,” he said. “But I also understand her need to place her family first and her ethical decision to step down as she no longer qualifies for the position because of her address outside the city.”

Allen worked as Bartosh’s administrative assistant before being appointed to city council.

“I am sure we will continue to be blessed with her strong leadership skills in other venues and organizations in Cottonwood and throughout the Verde Valley,” Bartosh said.

Mayor Tim Elinski, who initially was a nay-sayer in Allen's vice mayor appointment, said his heart goes out Allen.

"I believe she is making the right decision for her family," he said. "Kyla has been a huge advocate for the city for decades, both as an employee of the City of Cottonwood and as an elected official. Her passion and dedication will be difficult to replace."

In a January, 2018 city council meeting, Elinski said his reasoning for not initially backing Allen as vice mayor was because she was appointed to her council seat rather than elected.

Since then, Allen received the most votes in the Cottonwood primary, and has voted in line with Elinski on most issues including the half-percent sales tax increase.

"Her passion and dedication will be difficult to replace," Elinski said. "I am saddened we won't be able to work together on our common goals and I wish her well in her next steps."

Cottonwood City Council will appoint a new vice mayor during Tuesday’s regular meeting. The vice mayor position is appointed annually to give other council members a chance to serve that seat.