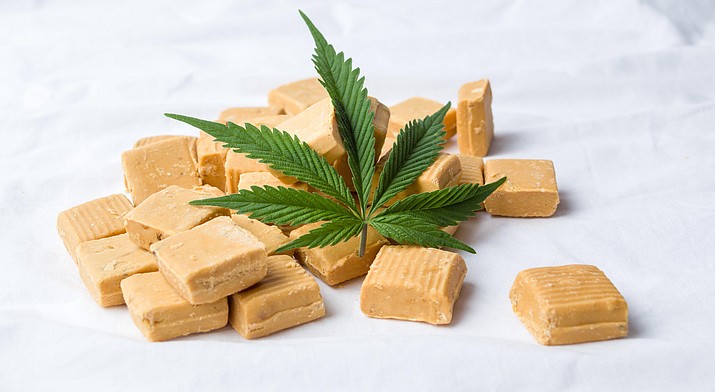 The proposal by Rep. Tony Rivero would amend the state criminal code to redefine “marijuana’’ to include not just the leaves and flowers of the cannabis plant but also any resin extracted from the plant. That new definition also would include compounds made from the plant.

HB 2149, if it becomes law, effectively would overturn a 2018 Court of Appeals decision that upheld the felony conviction of a medical marijuana user who was in possession of a small amount of hashish. The judges said the way they read the law, patients who get a doctor’s recommendation to use marijuana are entitled to legal immunity only if they use the whole plant or parts of it.

But Rivero said that’s not what Arizonans had in mind when they voted in 2010 to legalize the use of marijuana for medical purposes.

The Arizona Medical Marijuana Act law permits individuals with a doctor’s recommendation to get a state-issued ID card entitling them to purchase up to 2 1/2 ounces of marijuana every two weeks. Since that time the state has issued licenses to dispensaries to sell the drug.

Those dispensaries have always been allowed to sell not just the dried leaves and flowers but also hashish, essentially the resin of the cannabis plant. It is that form of cannabis that the appellate judges said was never made legal.

What makes all that significant is that, in concluding that patients can use only the plant parts themselves, the court effectively ruled that other things made from extracts also were illegal.

That ruling is awaiting review by the Arizona Supreme Court which has agreed to hear arguments on March 19. And if the justices side with the appellate court, that would bar the sale and possession of other non-plant forms of the drug, including not only lollipops, gummies, candy bars and drinks but also liquids that can be put into vaping devices or taken orally.

Rivero said the appellate court ruling is based on a conflict in existing criminal law: It creates one definition for marijuana, which is legal for patients, and another for cannabis which is not.

“It’s my opinion that the voters approved the AMMA to define ‘marijuana’ as the extract or the separation,’’ he said, not just the leaves and flowers.

His legislation would expand the definition of “marijuana’’ to as broad as possible, including not just the resin but also “every compound, manufacture, salt, derivative, mixture or preparation’’ of the plant. And just to be clear, HB 2149 would strip state statutes of any definition of “cannabis.’’

Rivero said he has no particular personal interest in the issue or in expanding the use of medical marijuana. In fact, the two-term lawmakers said he voted against the 2010 measure.

Instead, Rivero said, it’s about fairness -- and ensuring that some people do not face charges simply because prosecutors in their own county take a much narrower view of the law.

“I’m just trying to create uniformity and clarity on this issue,’’ he said.

Even if HB 2149 becomes law, it will come too late to help Rodney Jones, the man who Yavapai County Attorney Sheila Polk prosecuted for possession of a jar containing 0.05 of an ounce of hash. He was found guilty and sentenced to 2 1/2 years in prison for possession of what the court concluded was a narcotic drug, and a concurrent one-year term for drug paraphernalia, the jar holding the hashish.