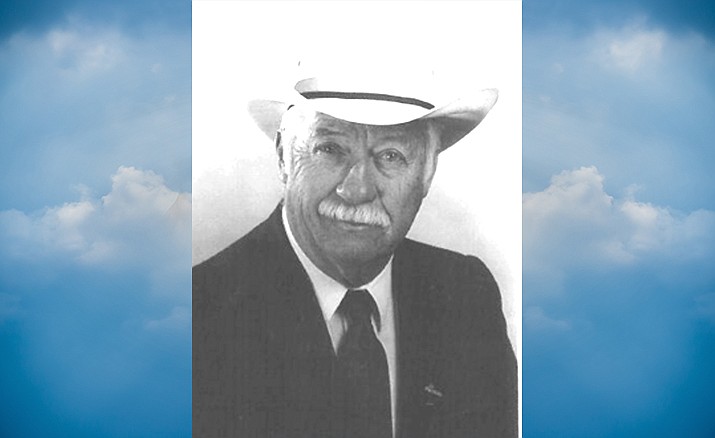 Carlton Lee Camp passed from this life to his eternal home with the Lord on Wednesday, Jan. 16, 2019, in Cottonwood, Arizona.

He was born in Okemah, Oklahoma, on May 13, 1926. Later the family moved to Newcastle, Oklahoma, where Carlton graduated from high school in 1944 and promptly enlisted in the Navy.

After boot camp in San Diego he volunteered for submarine service, was sent to sub school in New London, Connecticut, and shipped out to the Pacific theatre from Alameda, California. At war’s end he was recuperating from rheumatic fever in a naval hospital in Corona, California.

Their older daughter, Susan, was born in Oklahoma City in 1951.

Later they moved to Casa Grande, Arizona, to teach, where their younger daughter, Sharilee, was born in 1954.

Carlton received a master’s degree from the University of Arizona in Tucson and the family moved to Cottonwood in 1963, where he taught Vocational Agriculture at Mingus Union High School in Jerome, then in 1970 became the Agricultural Extension Agent for Yavapai County.

In 1988 he was elected Yavapai County Supervisor for District 3 and served for eight years.

Carlton was preceded in death by his first wife, Annie Laurie; his brother, Travis Camp; his step-son, Justin Young; and grandson, Jonathan Nash.

He is survived by his wife, Marge; daughters, Susan Holland and Sharilee Nash of Cottonwood; sister, Marie Webb of Bakersfield, California; grandson, David Nash of Prescott; grandsons, Kyle and Kevin Holland; and by very special nieces and nephews.

Carlton touched many lives in his varied careers. He loved his Lord and his church and will be missed.

Please join us for a celebration of his life on Friday, Feb. 1 at 2 p.m., at Verde Community Church, 102 S. Willard St., Cottonwood.