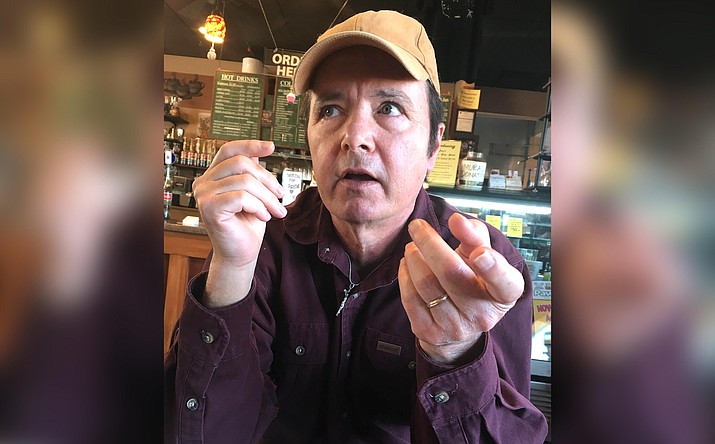 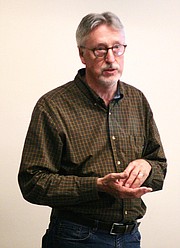 Yavapai County is considering a new north-south connector route from Cornville Road to SR 260 east of SR 89A and west of I-17.

In fact, the Yavapai County Board of Supervisors was recently awarded a $25 million Better Utilizing Investments to Leverage Development grant – BUILD – to build a new bridge over the Verde River, a bridge that would be part of that connector road.

The county is calling the project Verde Connect.

But Eric Eberhard calls it a bypass.

A self-proclaimed “computer geek,” Eberhard is a moderator for the Facebook page Save the Middle Verde. He also was a member of the Camp Verde Town Council that collectively voted – though not unanimously – to extend SR 260 east from Finnie Flat Road to bypass Main Street.

Eberhard voted against the SR 260 extension because it “created a bypass,” which in effect took people who would normally travel through Camp Verde’s downtown corridor.

In its “infant stages,” Yavapai County District 2 Supervisor Tom Thurman said that the Verde Connect project will be “long and arduous.”

According to District 3 Supervisor Randy Garrison, Verde Connect needs to have a planned route, needs to be engineered, and a “vote to move forward” by August 2020 just to become “shovel ready.”

Garrison said Monday that the county has started partnering with the Federal Highway Administration “to discuss and develop a plan to move the project forward.”

“To comply with the National Environmental Policy Act, additional agency coordination meetings with federal offices, such as the US Fish and Wildlife Service and the Environmental Protection Agency are required,” Garrison also said.

Garrison said that the purpose of the “additional coordination” is “to obtain input from local, regional, state, and federal agencies.”

“To outline this coordination, the county is currently developing an agency coordination plan that defines agency roles, participation, and timelines for involvement to successfully deliver the project,” Garrison said.

Garrison said that the plan’s development “is imperative to the success of the Verde Connect project.”

Even if the route eventually selected as the project’s connector road is not through Middle Verde, Eberhard said that there “shouldn’t be a north-south road at all.”

“No matter what, it will bypass commercial,” he said. “Business and residents – potential and current – depend on stability. It results in a slow death that I have watched happen to Camp Verde.”

Eberhard said that he “cannot find a single example ever where a town was bypassed, and then it flourished and grew.”

“Some survive, generally smaller and lesser for it,” Eberhard said. “But all start dying a slow death and most don’t make it – at least as a serious place of commerce and residential growth.”

Ayers likened it to a “road to nowhere.”

“I don’t know who’s going to drive it,” Ayers said. Where are you going to? And [going] from? I find it so useless, I haven’t even cared.”