More than 6,600 influenza cases in Arizona this flu season 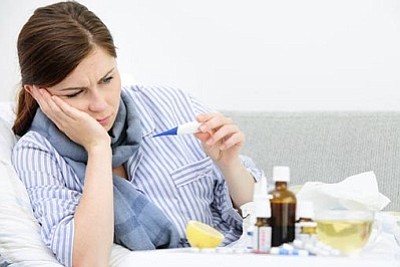 Influenza activity is at widespread level now in Arizona – but at less than half the rate of last year.

There have been 863 confirmed cases of the flu reported the week of Jan. 13-19, with a total of 6,603 cases this season. Yavapai County has had only 80 confirmed cases, with folks 50 and older being most affected – and likely going to the doctor and being tested. Many people do not go to the doctor, or get tested, so the flu has a higher prevalence than this indicates.

The CDC reports widespread flu activity in 30 states. The states with high flu activity include: Colorado, Connecticut, Georgia, Kentucky, Louisiana, New Hampshire, New Jersey, New Mexico, and Oklahoma. The CDC says 19 children have died related to flu this season. Most are associated with the A H1N1 strain of the virus.

Last year’s flu season was one of the worst on record, with the highest death toll in decades. U.S. Surgeon General Jerome Adams, MD, said an estimated 80,000 Americans died of flu and its complications and about 900,000 landed in the hospital.

While seniors were hit the hardest last season, it was also hard on children.

Thousands of U.S. children had been hospitalized and 180 kids had died of flu-related causes. Among the children who died, about 80 percent had not had a flu shot, according to the CDC.

It’s never too late to get a vaccination through the flu season. Most of the flu activity peaks between December and February and the season sometimes lasts until May.

It takes about two weeks after vaccination for antibodies that protect against flu to develop in the body, so act soon. Call to schedule an appointment to get one now at 928-771-3122.