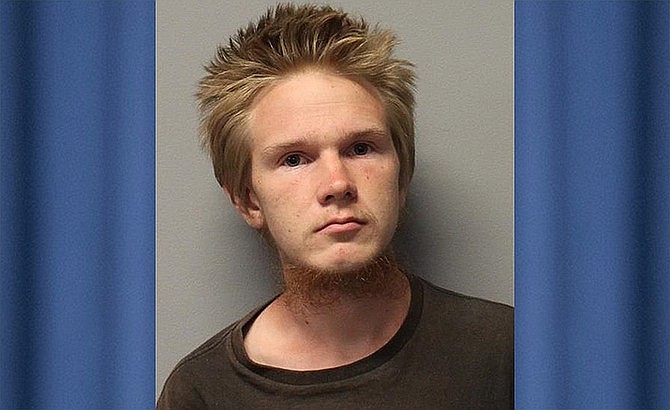 Mentioning Howell's age several times, Bluff said he had researched sentences he had given to young men convicted of similar charges, and decided the 15-year sentencing minimum was excessive. Both Howell's attorney, John Hollis, and Patti Wortman, deputy county attorney for Yavapai County, agreed to the 12-year term.

An investigation after Howell himself had gone to Cottonwood police, reporting his Facebook account had been hacked and a 14-year-old female was threatening to report him. However, police soon determined he had initiated inappropriate contact, and that there were additional victims.

Cottonwood detectives, with assistance from Yavapai County detectives, along with the FBI, conducted an investigation and on July 23 arrested and booked Howell into the Yavapai County Detention Center, where he has remained; he had credit for 338 days time served as of Monday's sentencing.

According to court documents, Howell fondled the breast of a 15-year-old girl after engaging in conversation with her online. Police discovered a third victim, a special-needs girl who is now 14, whom Howell had sexually molested.

A one-page victim impact statement was submitted to Bluff during the hearing but wasn't read aloud. A victim rights advocate read aloud a letter from the grandmother of the special-needs victim, pointing out many ways the victim's family and extended family continue to be affected daily by the trauma from the attack.

"May God forgive you," the letter ended.

Hollis told the court Howell had been in special education classes as a youth, with 1-to-1 monitoring, and had dropped out of school in the 10th grade. He also said Howell scored extremely low on a functioning assessment administered by a doctor.

Hollis said Howell's mother had been in frequent contact with the attorney about her son's case.

The sentence includes fees that, coupled with restitution, come up to a large sum. For example, in addition to a total of $1,800 in sex offender assessment fees for his charges, once he is released from prison, Howell must also pay $2,500 in dangerous crimes assessment fees.

Howell only turned around once during the hearing to look behind him, where his supporters were apparently seated, and casually glanced in that same direction just before he exited the courtroom, still in police custody.