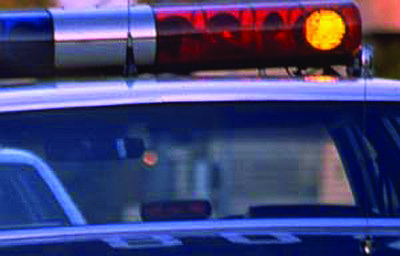 According to Cottonwood Police, an armed robbery and vehicle theft were committed Monday in Old Town.

A woman reported to police that she was picking up a carry-out food order from a restaurant in the area around North Pinal Street and First Street in Old Town at about 5:30 p.m.

When she returned to her rental vehicle, a male suspect came up behind her and held what the victim believed was a knife to her neck. He took the vehicle and her wallet.

The woman contacted Cottonwood Police. The suspect and the rental car were not located.

The rental SUV she was in is described as a 2018 light blue Ford Expedition with California license plate 8EGF397. The vehicle has been entered into a national database as stolen.

The suspect is described as a Hispanic male between 30 and 35 years of age with no facial hair, a shaved head, chubby face, stocky build, approximately 5-feet, 10-inches tall. He was last seen wearing a blue T-shirt and blue jeans.

He spoke English with a very slight Spanish accent.