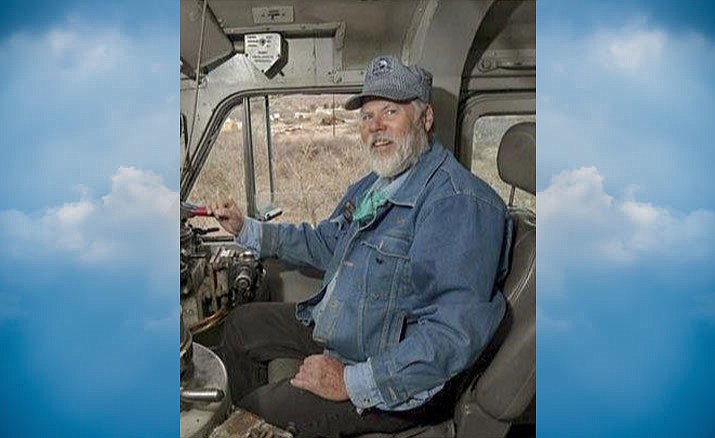 Dennis Keith Hartley went home to be with Heavenly Father on April 9, 2019, at the age of 76 after a long battle with cancer.

During his younger years, Dennis spent his spare time and after school hours playing in the Umatilla River with his five younger siblings working the family farm, playing baseball or practicing what would eventually become his most versatile and well-known talent - singing.

He spent most of his 76 years in this earth involved with musical groups and acting troupes. In high school Dennis found his theatrical talent playing in performances such as “Oklahoma,” “Carousel,” and various Rogers and Hammerstein style musical performances of the era.

Dennis enlisted into the U.S. Army in 1960 where he served for three years as a cryptographic teletype repairman, attended airborne school and was assigned as a paratrooper to the 50th Signal Battalion under the 18th Airborne Corps at Fort Bragg, North Carolina. Although he never served in combat Dennis was always proud of 36 jumps he completed and spoke very fondly of his military service.

Dennis left the Army in 1963 and returned to his roots in Oregon starting a 55-year career in the railroad and transportation industry with the last 30 years working on the Verde Canyon Railroad as the senior locomotive engineer. Dennis continued to work up until the very end as the railroad subject matter expert and railroad museum host.

Dennis spent the last 30 years attending Verde Community Church where he lent his musical talents and his deep operatic voice to the church choir, the Verde Valley Voices, and karaoke nights at the American Legion, along with countless hours singing to the elderly or singing at funerals, memorials and special events. Dennis’ musical talents were known and loved by everyone at church, work and across the Verde Valley. Dennis loved to talk about Oregon, the military, and discuss WWII history.

Dennis loved to tinker, rebuild vehicles, baseball and especially loved to fly. He enjoyed hopping on his motorcycle in the morning and exploring the roads less traveled.

Dennis was preceded in death by his parents and is survived by his younger siblings; his daughter, Lyla Hartley of Salem, Oregon; his son, Dan (Chelsey) Hartley of Woodbridge, Virginia; five granddaughters; one grandson; and one great-granddaughter.

In lieu of flowers Dennis wished for donations to be made to Care-Free Assisted Living Center in Cottonwood, Arizona, and for you to spend time with your family.