Guest Editorial: Betsy Ross flag is about Revolution, not slavery 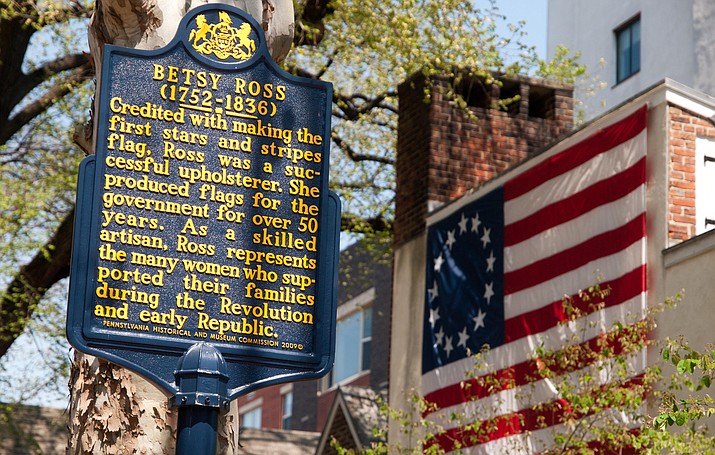 We live in a nation of knee-jerk reactions. Case in point: Shoe manufacturer Nike has pulled a flag-themed tennis shoe after former NFL quarterback Colin Kaepernick complained to the shoemaker.

The shoe’s heel has a U.S. flag with 13 white stars in a circle on it, known as the Betsy Ross flag.

The Associated Press reported that Kaepernick, a Nike endorser, told the company he and others found the flag symbol offensive because of its connection to slavery. The Air Max 1 USA shoe had already been sent to retailers to go on sale for the July Fourth holiday.

Unfortunately, Nike has kowtowed to Kaepernick, who has become a master of not utilizing his status for the best; the whole kneeling during the National Anthem protest would have been more effective had he and his supporters used their millions in a positive way, speaking out and seeking true change through the system.

Thankfully, Arizona has a governor who is not so forgiving.

Gov. Doug Ducey, after hearing the Nike news, lashed out at the company’s decision to yank the sneaker, tweeting that he is asking the state’s Commerce Authority to withdraw all financial incentives for the company. Nike has planned a manufacturing plant – and as many as 500 jobs – for a site on the west side of metro Phoenix.

“Arizona’s economy is doing just fine without Nike. We don’t need to suck up to companies that consciously denigrate our nation’s history,” Ducey wrote.

The Betsy Ross flag is connected to slavery only because it was the nation’s flag during that time.

That does not make it a slavery flag.

The shoe does not celebrate an era in U.S. history when slavery was legal and commonplace; the flag has a place in history and patriotism, not being a symbol of extreme views.

The flag is more about the American Revolution, nothing more.

When Americans understand that our country is one of opportunity we will be better off.

While “those who do not learn from history are doomed to repeat it,” tearing down every vestige of history is not the answer.

As a newspaper, we favor First Amendment rights. If you want to write a letter to the editor for publication or stand on a downtown street corner shouting at traffic, you have those rights.

We side with Ducey. Kaepernick should get off his soapbox.