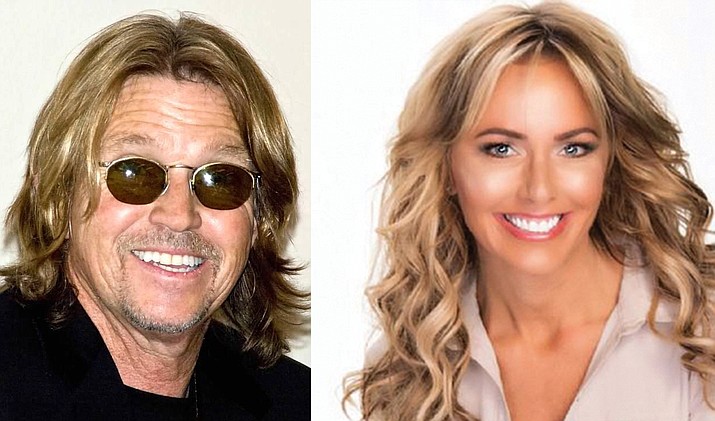 Mark your calendar for a full day of music, entertainment, food and fun July 27, 2-9 p.m., at the Posse Grounds Pavilion, 525 Posse Ground Road.

The Sedona Showcase is a benefit for the Sedona Area Homeless Alliance and features a stellar lineup, including headliner Steve McCarty, the multi-platinum, original guitar player for the Steve Miller band and co-writer of the hit song, Fly Like an Eagle. As a singer-songwriter today, McCarty is moved to write deep, meaningful music that touches people and can make a difference in this world. He is especially sensitive to the plight of the homeless. His family helped build the St. Elizabeth’s homeless shelter in Santa Fe, New Mexico.

Also headlining the show is Rachel Reenstra. New to the area, the popular host of the ABC’s Emmy-nominated weekend show, The Wildlife Docs, will entertain the crowd with her comic musings.

Local musical favorite guitarist Dave Harvey and friends will kick off the program backed by world-class drummer Eddie Barattini. A graduate of the Percussion Institute of Technology, Barattini has provided the beat for Richie Havens, Chuck Mangione and many other top notch musicians over the years.

Sedona is a magnet for talented people, and many of them have volunteered their time and talent for this important event. Apollo Poetry, (that’s both his name and his talent) has been featured on ABC’s Glass House, MTV’s True Life, Fox, PBS, and NPR. He’ll be sharing his poetry and his passion. Actor and martial artist Rion Hunter (Kentucky Fried Movie, Mystic Warrior, The Doors) will also share his heart-centered insights about the human condition.

Other musical acts include The Fey, an exotic rock mix featuring the lovely Winter Amy and the Pleadian Renegades offering up Woodstock era classics. Add to the mix grammy-nominated native flute player Kelvin “Mockingbird” Bizahaloni , and the mighty Tim Young with his guitar playing magic.

Dance lovers will enjoy the hypnotic belly dancing of Cassie Mavis. Plus, the Showcase will introduce the mesmerizing belly dance tour de force, Cassandra from Mesa.

Food trucks will be on hand, so there will be plenty of options for keeping your hunger at bay. There will also be art booths and other vendors, a silent auction, and a raffle. There is plenty of grass at the Posse Grounds Pavilion, but no built-in seating, so be sure to bring your own chairs and blankets, as well as plenty of sunscreen and water.

If you’ve never been to the Pavilion at Posse Grounds you are in for a treat. The park has 270-degree Red Rock views, and is an amazing place to spend the day in and of itself. The founders of the park envisioned it as a performing venue for local artists. With the Sedona Showcase, that dream continues to become reality.

The Sedona Showcase would not be possible without the support of the community, especially those who have stepped up to become sponsors.

The Showcase is very grateful to Sedona Red Rock Flooring, Starshine Corporation, Joe Villegas Landscape and Design, Steakhouse 89, and Sinagua Plaza in uptown Sedona for their generous support of this event.

The Sedona Showcase was founded by Daniel Holland as an opportunity for local talent to express themselves. Old time Sedonans will remember the first iteration of the showcase at Casa Rincon (now Steakhouse 89) where it was a regular feature for several years.

The Java Love Café, and the Martini Bar, (all now part of Sedona’s history) also featured many presentations of the Showcase.

Until now, the last showcase was held at the Martini Bar in 2011.

The Showcase is being co-produced by Daniel Holland and Peace Palace Entertainment Productions.

The show will be co-hosted by Daniel Holland and local emcee and improv artist Shaeri Richards.