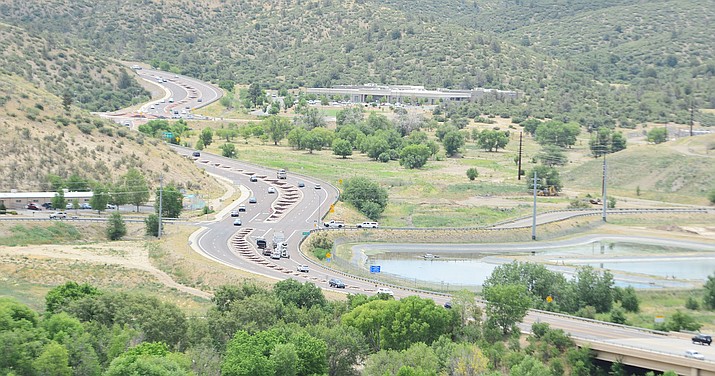 The Yavapai County Board of Supervisors promised to build a new jail by raising property taxes if voters rebuffed efforts to pass a sales tax increase in November 2014.

Now supervisors are making good on their vow.

The board approved the county primary and secondary budgets July 3 that include an 18.1% increase in primary property taxes.

The public can attend two Truth in Taxation hearings; the first, in Cottonwood, takes place at 9 a.m. Wednesday, July 17, in the Yavapai County Administrative Services Building, 10 S. 6th St. In Prescott, the public can attend a 9 a.m. Monday, Aug. 5, in the Administrative Services Building, 1015 Fair St., where the board also may approve the Board of Supervisors’ final budget.

Supervisors will vote on the tax rate at a special meeting, Monday, Aug. 19.

Will property owners bear the brunt of constructing a new jail facility? According to Chairman Randy Garrison, the answer is yes.

There are two ways to raise revenue, Garrison said. “Ask the voters to raise the sales tax or unilaterally decide to raise the tax levy. With sales tax, we have to ask the voters; and with property tax, we just have to make the decision,” he explained.

County residents have had three opportunities to raise revenues for a new justice center and jail facility. They voted three times. The first two times proposed a sales tax increase with a quarter of a cent slated for maintenance of the jail system and a second quarter cent to pursue a new jail.

This past year, voters overwhelmingly approved a continuation of the sales tax for another 20 years to help with the jail’s maintenance and operation costs.

Prior to putting it on the ballot, supervisors had discussed two choices, the first to once again ask for the quarter-cent sales tax continuation, and the second to ask for that and an additional increase to go toward a new jail.

Garrison said they felt previous efforts to increase the sales tax for a new jail had already failed, so they opted to pursue only the continuation of the sales, tax for maintenance.

What does it pay for?

The increased revenue goes into three areas. About $4.5 million will pay down the unfunded liability of Public Safety Personnel Retirement System (PSPRS) debt, which ultimately benefits the taxpayers by saving money, Garrison said.

Two capital projects will use the rest of the funds: the designing of a new criminal justice center on vacant land on Prescott Parkway near the existing Juvenile Justice Center, and the remodeling the Gurley Street building to provide more space for the County Attorney, Adult Probation and Public Defender departments, and for expansion of the parking lot.

Bourdon said about $4 million from the levy increase will go to the two capital improvement projects.

Together with $2.3 million in funding from the capital improvement budget, Gurley Street will receive $2.7 million and the justice center will get $3.6 million.

The project will be funded by $4 million in levy increase and $2.3 million from available unbudgeted funds in the capital improvement budget, he added.

Plans for the parking lot at the back of the Gurley Street building include a two-story parking garage to bring available parking to 97 spaces.

Who pays? Who uses?

Garrison said of those who pay sales tax in Yavapai County, about 17% are out-of-county residents.

“Ironically enough, there’s about the same amount of people in the jail system who do not live in our county,” he said. “As a property owner myself, I’m not inclined to appreciate when property taxes get raised.”

He believes that had the public been better educated on diversion programs and efficiency of running the jail, a sales tax increase to fund a new facility would have been successful.

First up is to design a new facility, then set up a budget to determine what to spend to actually build it, Garrison said.

“We are anticipating this tax increase will be compatible with the funding necessary to move forward with the construction.”