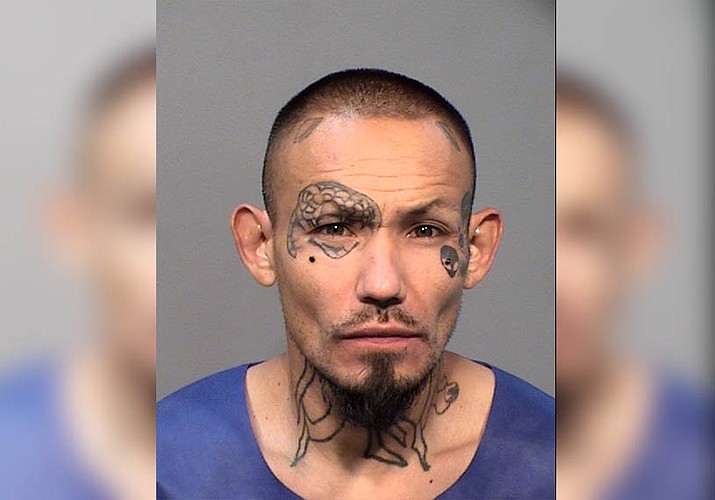 Greg Hernandez Romero, 33, of Congress, was arrested and charged with the second-degree murder of his father Thursday.

Yavapai County Sheriff’s Office personnel responded to a homicide scene in the Congress area, southwest of Prescott, Thursday evening, and made an arrest.

Romero is being held without bond in the Camp Verde Detention Center.

Preliminary investigation shows Romero, who lived at home with his parents on Kristina Drive in Congress, had consumed a large amount of beer before they arrived home, and they argued with him over the drinking concern.

Romero threw his phone and then went into the kitchen and grabbed 2 large knives and tried to stab his 61-year-old mother.

His 63-year old father, David Romero, intervened and attempted to restrain Greg Romero while they were still in the kitchen.

Greg Romero then began attacking his father as the struggle moved from the kitchen to the living room, where the suspect was able to stab his father in the chest. His father collapsed to the floor.

Greg Romero grabbed another knife and threatened to slit his own throat. At this point, his mother ran outside and flagged down an off-duty Yavapai County deputy, who confronted the suspect.

The deputy physically restrained suspect Romero until other deputies arrived. At the same time, the deputy provided CPR instruction to the mother as she tended to her husband, but he did not survive.

Detectives from the YCSO Criminal Investigation Section were called out to handle the homicide and the investigation was ongoing as of late Friday afternoon.