California woman dies in crash on State Route 89A 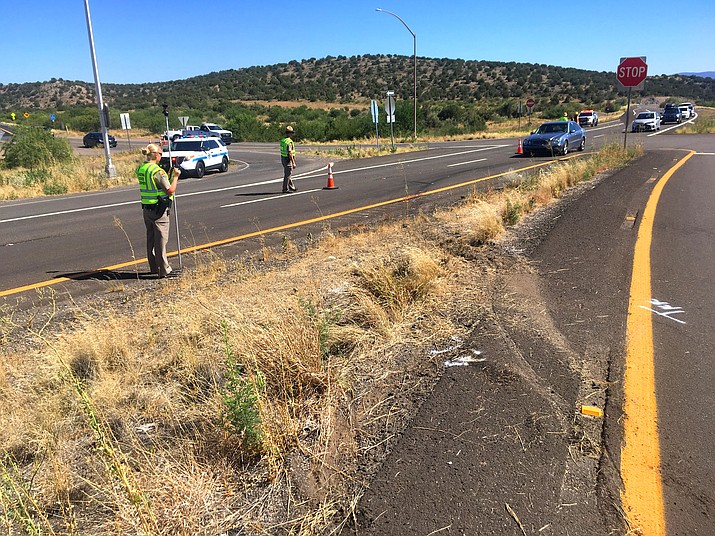 An Arizona State Trooper takes measurements in the intersection of SR89a and Page Springs Road Saturday following an accident that temporarily closed down the northbound lane. A California woman was killed in the crash. VVN/Vyto Starinskas

PAGE SPRINGS – A Corona, California, woman died Saturday following a two-car crash on State Route 89A at its intersection with Page Springs Road.

The two-vehicle fatal crash occurred at 10:33 a.m., according to the Department of Public Safety.

The DPS said Karen L. Childs, 65, was pronounced dead at the scene of the crash. She was a passenger in a 2007 red four-door Chrysler driven by her husband. He was taken to Verde Valley Medical Center, but was not admitted, according to the DPS.

The DPS said Mr. Childs was driving south on 89A and attempting to turn left onto Page Springs Road. As he started to make the turn, his car was struck by a 2001 gray four-door Honda.

The driver of the Honda was a 35-year-old Cornville man. He suffered minor injuries, and was not transported to the hospital. The passenger, a 3-year-old girl, was treated and released at Flagstaff Medical Center.

There have been no arrests.

The investigation into the cause of the crash is ongoing, the DPS reported.