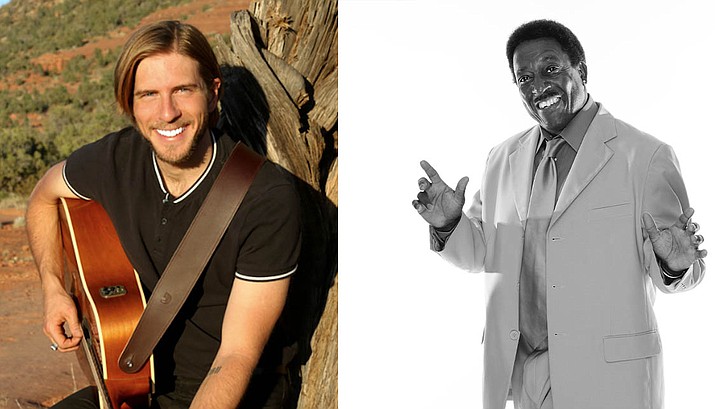 Dan Vega, left, and Sammy Davis will be the featured musicians this weekend at Bella Vita Ristorante in Sedona.

What more can be said about this popular performer other than he is one of the best acts in town, a performer unmatched for his energy, stage presence, audience engagement with a plethora of American classics everyone remembers.

Davis is loved in Sedona and beyond as a consummate and exciting musician, who puts on unforgettable shows one is not likely to forget.

No one sits when Davis plays.

He is an awesome musician known throughout Northern Arizona for his exciting performances, fantastic voice, powerful stage presence and danceable music.

He covers the music of all the greats, including The Emotions, Fats Domino, The Temptations, Paul Revere and the Raiders, Mary Wilson and The Supremes, Chubby Checker, The Coasters, and The Drifters, just to mention a few.

His performances are legendary and his rapport with the audience is superb, as he takes everyone on a magic carpet ride through dance tunes guaranteed to get people off their seats and onto the dance floor.

Vega is a master of his craft and an audience favorite. He is one of the most sought-after musicians in the Sedona music scene.