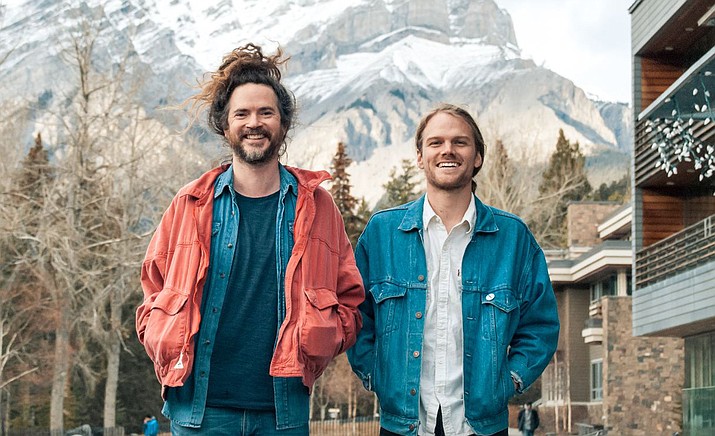 “The Bikes of Wrath” tells the story of five Australian friends as they attempt to cycle 2600 kilometers from Sallisaw, Oklahoma, to Bakersfield, California in honor of the mighty westward migration undertaken by ‘The Grapes of Wrath’s’ Joad family.

The Sedona International Film Festival presents the Northern Arizona premiere of “The Bikes of Wrath” Tuesday, July 30, at 4 and 7 p.m. at the Mary D. Fisher Theatre.

Charlie Turnbull, co-director and co-producer of the film, will be in Sedona to present the film and host a Q&A discussion following the screenings.

“The Bikes of Wrath” has won numerous top awards in prestigious film festivals, including the People’s Choice Award at the Banff Mountain Film Festival.

“The Bikes of Wrath” tells the story of five Australian friends as they attempt to cycle 2600 kilometers from Sallisaw, Oklahoma, to Bakersfield, California in honor of the mighty westward migration undertaken by ‘The Grapes of Wrath’s’ Joad family.

Armed with an inordinate amount of self-belief, the cyclists set-off on their 30-day adventure with no training, no support vehicle, and as one member puts it best, ‘no real idea’. Burdened with trailers, musical instruments, and camera equipment, the group set themselves the additional challenge of surviving on $420 (the modern-day equivalent of the Joads’ $18 in the 1930s) and whatever their musical performances yield.

Riding 90 kilometers a day, the journey along America’s iconic route 66 takes them from the farmlands of Oklahoma to the blistering Mojave Desert and countless places in between; the diversity of landscapes only matched by the assortment of characters met along the way.

It is through these chance encounters with everyday Americans that the cyclists expand on the novel’s central themes: migration, inequality and the perceived land of opportunity. The group explores whether America has progressed since the book was written, discussing the wealth gap, immigration, and the American Dream.

These vastly different small-town characters quickly become the central focus of the film, as well as integral to the group’s success; letting the cyclists into their homes, lives, and demonstrating the startling parallels of ‘The Grapes of Wrath’ eighty years after its publication.

“The Bikes of Wrath” uncovers a deep insight into the human spirit and shines a positive light on America at a time when the world needs it most; all rolled into a unique, funny and life-affirming observational documentary filled with adventure, literature, music, and human connection.

“The Bikes of Wrath” will show at the Mary D. Fisher Theatre on Tuesday, July 30 at 4 and 7 p.m. Tickets are $12, or $9 for Film Festival members. For tickets and more information, please call 928-282-1177. Both the theatre and film festival office are located at 2030 W. Hwy. 89A, in West Sedona. For more information, visit: www.SedonaFilmFestival.org.