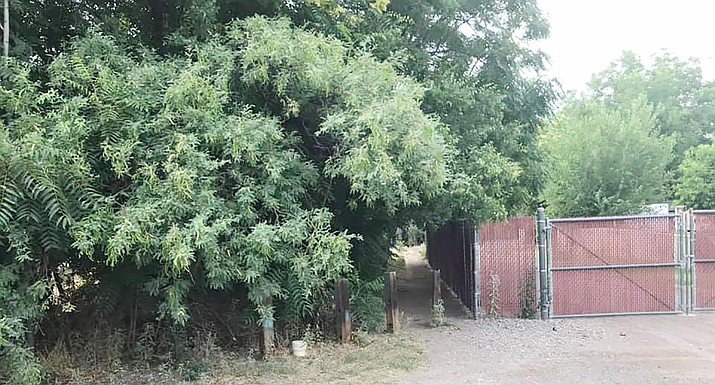 Recreation Services Supervisor Hezekiah Allen recently told the Verde Independent the city is in the final stages of the planning phase for a multi-use trail, which will run from the Fifth Street trailhead, near where the Jail Trail begins, along the southern edge of Riverfront park. VVN/ Jason W. Brooks

City of Cottonwood leaders are enthused about the latest developments in a plan to further a citywide network of trails.

Recreation Services Supervisor Hezekiah Allen recently told the Verde Independent the city is in the final stages of the planning phase for a multi-use trail, which will run from the Fifth Street trailhead, near where the Jail Trail begins, along the southern edge of Riverfront Park.

It’s part of the city’s efforts to complete a network of trails that will run through or near every neighborhood in the city.

Allen said a pair of grants, totaling about $108,000, are being used to help the city plan the route and complete all necessary studies.

“We were notified that the historical archaeological study, one of the last studies we need, should be done in early August,” Allen said.

Allen said the city is waiting to hear back from Arizona State Parks on approval of the planning, with the historical archaeological study being the final piece of the trails network puzzle.

The multi-use trail will be decomposed granite capped with a polymer seal.

Allen said a grant will cover construction and materials, but does not cover planning. This was done through grant received to develop the trails master plan and monies set-aside for design development docs., which also covered the Riverfront Park Master Plan.

The city was the direct applicant for one of the two grants, with the Cottonwood Economic Development Council putting in a bid for the second. Allen said the maximum allowed to be in any one grant application is $80,000.

He said the city can then hopefully hire a contractor to do the improvement work needed along the trail. The city is hoping to “piggyback” on a contract the City of Scottsdale has with a firm that specializes in such trails.

He said there is no exact time frame to complete the work, but it will be nice to have it finished as the winter months roll around and trail use spikes.

“Winter is actually a much better time for Arizonans to use trails,” Allen said. “Yes, it’s true tourism and visitor use of trails happens in the summer months, but as far as using trails close to home, the winter months are more trail-friendly than summertime.”

Norris Design has been the firm involved with the planning phase. That same firm recently made a public presentation regarding potential additions and reorganizing of Riverfront Park, which would he a trail destination for some Cottonwood-area residents.

Also being integrated into into the city system is the Del Monte Wash Trail. That trail, which runs from Old Town Cottonwood toward Mingus Mountain, is being worked into more usable condition by county probationers, Allen said.