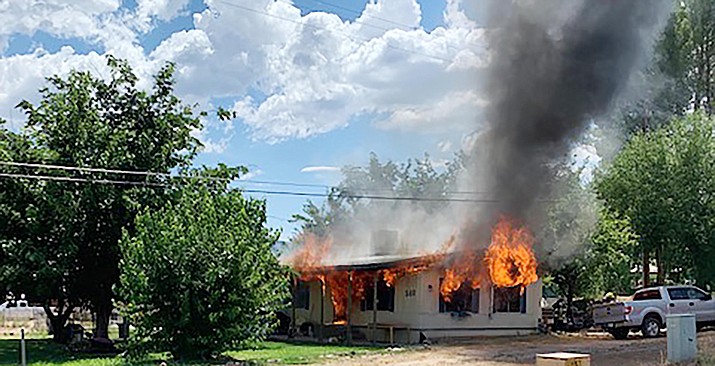 Tuesday, emergency crews from Copper Canyon Fire and Medical station 81 and 82, along with Verde Valley Fire and the Sedona and Cottonwood fire Departments were dispatched to a residential fire at 540 South Hopi Drive in Camp Verde, according to a news release.

Emergency crews arrived on scene at about 2 p.m. to find a small residence with heavy smoke coming from the roof vents on the structure.

All occupants were safely evacuated from the home prior to emergency crews' arrival.

Once the fire was quickly knocked down, crews were able to gain access to the interior of the home and extinguish the fire completely.

The fire appears to have started in the kitchen area and quickly spread to the living room and dining room areas, which sustained heavy damage.

The fire is still under investigation at this time.

Copper Canyon Fire and Medical would like to thank the three fire departments and the Camp Verde Marshal's Office with their assistance in this incident.