Not a bomb, but a snake and an ax 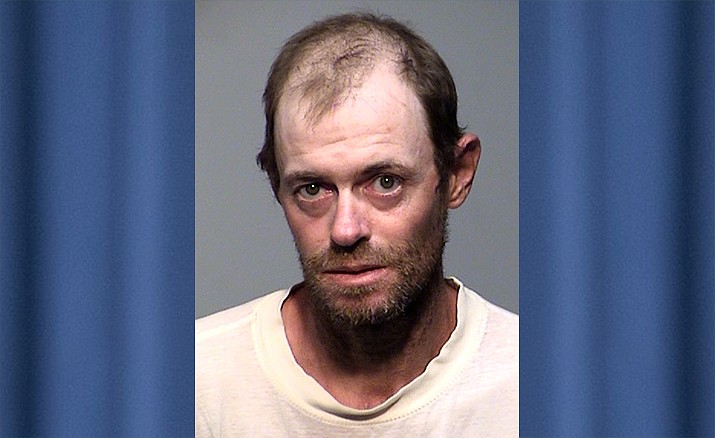 RIMROCK – Wednesday, a 38-year-old Rimrock man was arrested for threatening and falsely reporting a bomb device to several individuals in the 3200 block of East Beaver Creek Road.

According to the Yavapai County Sheriff’s Office, a metal box found after the threat was made turned out to contain only a dead snake and a small ax.

Deputies learned that James Nicholson arrived early in the morning, around 5 a.m., at the Dollar General store on Beaver Creek Road and told an employee, “Don’t go around the back of the building, there is a bomb.”

The employee was concerned about Nicholson’s suspicious behavior and reported the actions to other employees. They checked the area but could not find any evidence of the suspicious package mentioned by Nicholson, who had since ridden away on his bicycle and was no longer in the area.

At about 9:45 a.m., employees found a metal box they did not recognize at the rear of the store.

Employees told the store manager about the box and the Sheriff’s Office was notified just before 10 a.m. Deputies instructed the manager to evacuate the store pending their arrival. Customers and employees waited outside.

Once on scene, deputies located the suspicious metal container lying next to an electrical box behind the store. It appeared the box had not been there for an extended period. Deputies set a safety zone and directed bystanders away from the area while notifying the Department of Public Safety Bomb Squad.

While waiting for the DPS team, deputies found Nicholson at the local post office and brought him back to the scene to ascertain details. It was at this time Nicholson said he had killed a snake earlier after it was injured when he ran over it on his bike.

He told police he decided to place the snake and the ax he used to kill it in a box he saw at the Dollar General. Before leaving, Nicholson told police he warned an employee about the snake in the box, but denied mentioning a bomb.

The DPS bomb squad arrived and remotely confirmed the metal box contained only a snake and small ax.

The incident took more than four hours to resolve, with community safety being the priority at all times, YCSO reported.

The investigation resulted in the arrest of Nicholson for threatening in reckless disregard to cause public inconvenience (evacuation of building), and false reporting. Both charges are misdemeanors. Nicholson remains in-custody, bond information is not currently available.

Editor's Note: The Verde Independent generally does not name suspects in misdemeanor arrests. In this case, because of the level of community impact and public resources used we have made an exception.