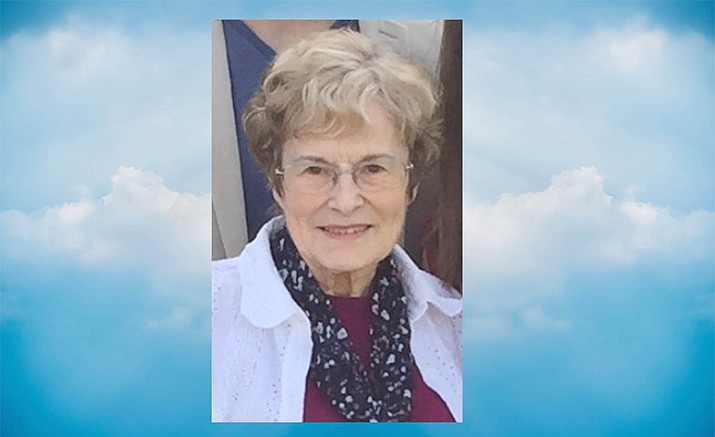 Surrounded by her children, Virginia “Ginny” Burns entered into her eternal rest on June 26, 2019.

Most of Ginny’s childhood was spent in the Phoenix area attending Madison Schools and Central High School before moving to Page where she graduated and married Denney Carpenter.

They eventually returned to Phoenix where they raised their family.

Upon retirement she moved to Cornville where Denney preceded her in death in 1997.

In 2000 she married George Burns. Upon his death she again returned to the Valley.

Ginny was an active, long-time member of Trinity United Methodist Church where she also served as a church secretary for many years, and was a member of the women’s group and wedding reception committee.

She later served as a church secretary at St John’s Lutheran and Concordia Lutheran Churches before attending Mountainview United Methodist Church in Cottonwood.

Ginny was an avid seamstress and a perfectionist with a creative soul, who appreciated many forms of artistic creativity.

Her family and friends were her world. She was well-loved by many and she loved “largely” in return. Her family is deeply grateful for the loving care she received from her Desert Stream Assisted Living “family.”