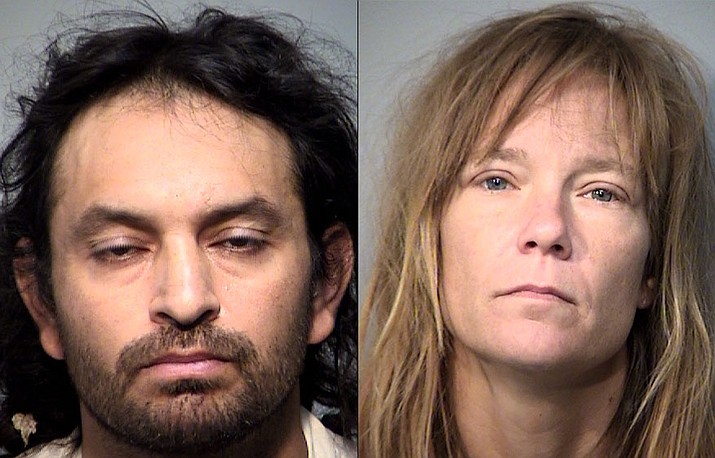 CLARKDALE – A Verde Valley couple has been arrested on numerous felony charges stemming from recent burglaries in both Cottonwood and Clarkdale.

At about 3:20 p.m. July 26, the Clarkdale Police Department received information that a man later identified as 41-year-old Benjamin Romero may have been involved in recent burglaries.

Romero was located on Sycamore Canyon Road and initially arrested on a warrant, according to a news release from Clarkdale PD.

Clarkdale officers investigated the allegations and subsequently served a search warrant in Lower Town where items from recent burglaries in both Clarkdale and Cottonwood were recovered.

According to Officer Troy Smith, items recovered that were determined to be from recent Clarkdale burglaries included power tools, chemistry equipment, firearms and drug paraphernalia.

Items that were stolen included: