Commentary: Servant leadership has always been in Gayle Mabery’s playbook 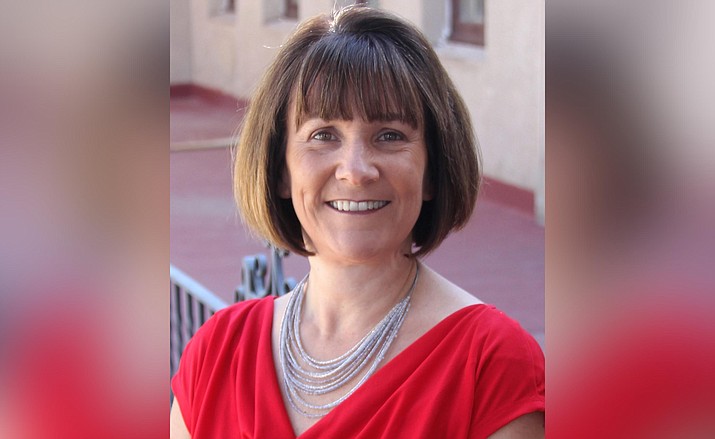 A few years ago Clarkdale Town Manager Gayle Mabery asked me about my other job as a volunteer track and field coach at Mingus Union High School. Specifically, she wanted to know how one of her nephews was doing.

To which I replied, tongue firmly in cheek, “He’s doing great but he’s just like all the rest of you Gemmills. He thinks he’s a long jumper.”

To which Mabery – whose last name was Gemmill when I first met her in 1988 – replied, “Dan Engler I’ll have you know that I long jumped …. And my brother …”

In a few weeks, we’ll be saying goodbye to Gayle as Clarkdale’s town manager. There will be no shortage of accolades to describe her two decades plus of service to the town and the Verde Valley.

In my own case, nothing Gayle Mabery has ever accomplished as a Verde Valley leader has surprised me. Everything she turned out to be was clearly evident when she was 18 years old.

Gayle was a senior on the first track team I helped coach at Mingus. She was a great athlete. More importantly, she was the undeniable leader of that team, to the degree that Coach Bob Alexander used to say that having Gayle on the team was like having an extra coach on staff.

There is a general rule at track meets that coaches are to stay off the field. We’re not always the best at abiding by that rule, but it’s more easily accomplished when you have an athlete like Gayle on your team.

Yes, she was focused on her job and the performance expectations she had of herself, but at the same time she had an unwavering eye on every single member of her team seemingly at all times. She mother-henned the freshmen girls and made sure they knew exactly where they were supposed to be at all times and how to properly check in for their events. She was the first one to come to the aid of a teammate who false started in a race or dropped a baton in a relay or took a bad fall leaning too hard to reach the finish line first.

But it was near the end of her senior season that I saw Gayle do something that has become a lasting tradition at Mingus in the 30-plus years since she competed for MUHS. It was at the league meet in Page. Gayle and a younger teammate, Kari Tevlin, has just finished their competition in the long jump. While leaving the field, I saw Gayle grab Kari by the shoulders, look her in the eye and give her “the talk.” What exactly was said, I don’t know, but I could tell it was a meaningful changing of the guard moment and something I should file away for future use.

One year later, Kari Tevlin emerged as the “new Gayle” on our team. She was the selfless leader who put everyone else’s interests and needs first. As the season came to an end, I told her to make sure she gave the next girl in line the same talk that Gayle had given her a year prior.

Fast forward to 2019 and this tradition remains a staple of Mingus Union track and field. This past season, Mingus had five freshmen girls who qualified for the state championship meet. A week before the state meet, with a younger teammate present, I told this year’s captain, Meg Babcock, that it was her job to make sure those freshmen girls were taken care of at the state meet. Additionally, that it was her job immediately at the conclusion of the 200-meter dash to gather her 4X400 teammates, begin warming up, encouraging each other and doing everything they needed to do to win this race. I then turned to the younger teammate and told her it was her job to mirror Meg and soak it all up because this was going to be her job next year.

Before the night was over, Meg was instructed to relinquish control of the relay baton and give her teammate “the talk” just as Gayle did all those years ago with her teammate in Page.

I’ve also had the pleasure over the years to work with Gayle through Verde Valley Leadership. She never misses the opportunity when giving “the talk” to new class members that selfless service is crucial to bold leadership.

Yes, I’m sure Gayle has learned a thing or two along the way about servant leadership during her many years of public service in the Verde Valley.

But I’m even more convinced that in her own case it is an innate trait and skillset. It’s who she is. It’s how she is wired. Service before self is how she lives.

I’ve been stealing a page from her playbook for more than 30 years.