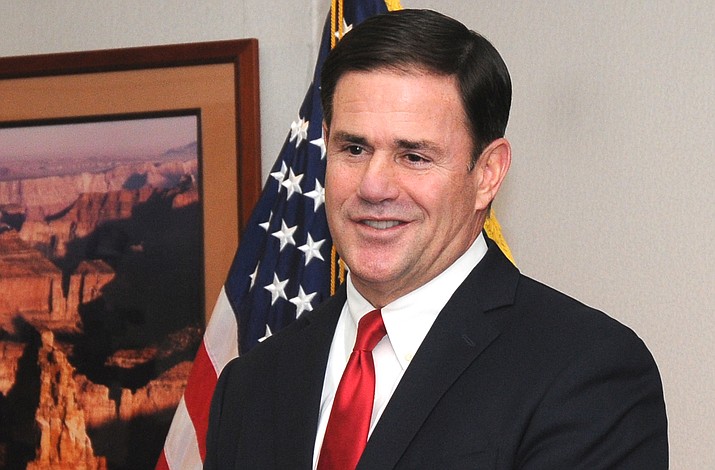 Gov. Ducey: “Any change in the per diem rate should also be prospective, and apply to the next Legislature, which will be sworn in on Jan. 11, 2021, following the 2020 election.’’

PHOENIX -- Arizona lawmakers won’t be getting a sharp increase in their living allowances, at least not this year -- and not next year, either.

Gov. Doug Ducey late Friday vetoed legislation which would have given rural lawmakers -- those living outside of Maricopa County -- $190 a day, seven days a week, for the time the Legislature is in session. That is more than triple the current $60 figure set in law.

Ducey, in his veto message, said he agreed with supporters that out-county lawmakers need more, given that they have to find lodging during the legislative session.

That can mean a hotel. But for many legislators it has meant having to rent -- or buy -- housing in the Phoenix area, as sessions can and have run for five or six months and it is difficult to get a half-year lease.

“Arizona is the sixth largest state in terms of land area,’’ the governor wrote. “So for rural legislators and those representing areas outside of Maricopa County, there is a strong case to be made for ensuring we are appropriately recognizing what is required for them to be here at the state Capitol in Phoenix during session.’’

But the governor clearly was turned off by the fact that the bill that reached his desk also boosted the daily allowance collected by lawmakers who live in Maricopa County from $35 a day to $92.50. These are lawmakers who can go home every night and have no need for local lodging.

Ducey had another objection to the bill: It would have taken effect later this year, meaning that the lawmakers who voted for it would be the ones who benefit.

“Any change in the per diem rate should also be prospective, and apply to the next Legislature, which will be sworn in on Jan. 11, 2021, following the 2020 election,’’ the governor wrote to legislative leaders. “I am open to working with legislators on such a change next session.’’

It’s part of the overall compensation package,’’ Livingston said, even though it’s listed in statute as a “subsistence allowance.’’

Livingston also suggested that the Republican governor may have done himself harm with the Legislature.

“He could have done something like this that would have benefited the 90 members, that would have made working relationships better,’’ the Peoria lawmaker said. “This makes it more strained.’’

Rep. Noel Campbell, R-Prescott, who sponsored one of the versions of the measure, said he had no immediate comment.

During floor debate, Campbell, one of those out-county lawmakers, called the boost in the allowance “the right thing to do.’’

“We’re only asking to be reimbursed for our expenses,’’ he said.

But it wasn’t just Ducey who was hesitant about increasing the $35-a-day allowance to in-county lawmakers, those do not need a Phoenix apartment.

That allowance is paid for every day the Legislature is “in session.’’

That includes Fridays, Saturdays and Sundays when lawmakers generally do not meet.

And legislators even even get reimbursed for the mileage between their homes and the Capitol for every day there is an actual session.

Among the foes of the change was Rep. Anthony Kern, R-Glendale, who said his driving distance to the Capitol was such that he didn’t need to be paid $92.50 a day.

Kern also questioned the “optics’’ of lawmakers approving a sharp increase in their allowance -- and doing so during the last days of the session.

The political risk of voting for a sharp increase in allowance did not escape Rep. Bob Thorpe, R-Flagstaff. But he urged colleagues to ignore that possibility.

“Let’s ignore the folks that will beat us up over it, ‘cause it will go away,’’ Thorpe argued. “This will be forgotten.”

Livingston, for his part, said he’s not concerned about the political fallout of being a Maricopa County lawmaker seeking to boost his allowance.

“I go to a lot of things in my district,’’ Livingston continued. “So I figured I can take the arrows easier than anybody else.’’

Campbell had urged unanimous support, saying it would “give (political) cover to anybody who has questions about it ... and threaten us with retaliation because we voted to raise our per diem rate.’’

He didn’t get his wish.

The Senate vote was 22-7. There was even more doubt in the House where 23 of the 60 members voted against it.

Livingston also said there’s another reason lawmakers, both in- and out-county, need a bump in their allowance: the Tax Cut and Jobs Act signed in late 2017 by President Trump.

On one hand, that law cut tax rates and increased the standard deduction. But it also repealed a section of the tax code that, until this year, gave employees a deduction for the amount of out-of-pocket expenses they incurred that were not reimbursed by their employer.

The net result, said Livingston, is that lawmakers whose actual expenses exceed the current per diem rates no longer can deduct the difference from their adjusted income in computing their federal and state taxes.