Taylor and Babcock win Mingus athlete of the year 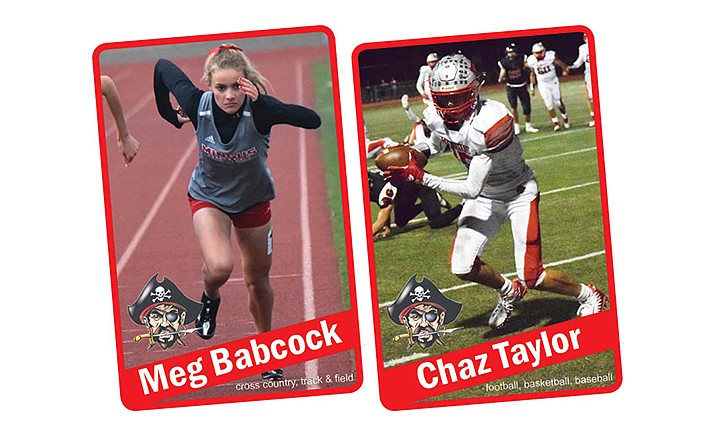 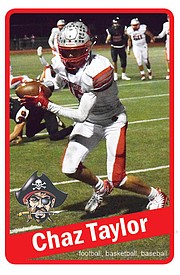 Mingus Union recently bestowed its boys and girls athletes of the year awards on a pair that besides being stellar athletes and academics they are good friends.

Meg Babcock, who starred in cross country and track and field won the girls award and Chaz Taylor of football, basketball and baseball fame took home the boys crown.

“It was really cool, because where I was able to get athletically took a lot of hard work and it was nice to get an award that kinda showed the hard work that I put in, both with sports and with school,” Taylor said.

Babcock was also this year’s valedictorian for Mingus Union.

“I’m really proud of her,” Mingus cross country head coach Dave Moncibaez said. “It’s an amazing honor and what a great person for it to go to.”

Babcock and Taylor are not only classmates.

Babcock and Taylor will both being going to BYU in the fall. She will join the cross country and track and field teams and he go there for a semester before going on his mission.

“It’s exciting, she’s actually running track there, so that will be fun to watch her succeed in that and first semester I’m just going to go for school and then go on my mission and then when I come back I might try to walk on, it just depends if I still have that drive for sports but I’m excited to be able to go up with her and be able to have someone up there who I know and can talk to,” Taylor said. “We can both talk to each other if we’re struggling a little bit so that will be nice.”

“It’s hard to find a flaw with Chaz, it really is,” said former Mingus head boys basketball coach Dave Beery. “He’s a great teammate and a great athlete and student. He’s got the character and morals that you hope your students have I’m happy for him obviously, it’s well deserved.”

Babcock won the state championship in the 400 meters twice and she holds the school record in that event. This year she finished second at State in the 200 meters even though she only ran that event four times in her high school career. She also holds that school record. 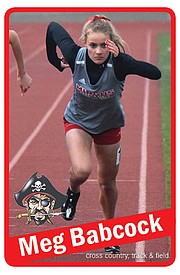 She finished second in the 800 meters at the Meet of Champions and has that school record.

Babcock anchored the 4x400 relay team, which won the state title and broke the school record as well. She was the lone Marauder to qualify for the state meet in cross country.

“She was fun,” Moncibaez said. “I didn’t really know, I knew of her but never really obviously coached her and just kinda getting into her mind and seeing how she thinks, wow, what a competitive athlete, just kinda pushing her and she just wants that more and more just to keep going and going and pushing herself to her very best for herself and for her teammates.”

Mingus head football coach Robert Ortiz returned to Cottonwood to coach the Marauders in 2018 but already knew what Taylor was like.

“It’s been nothing but an honor and a pleasure to watch him grow up,” Ortiz said. “He was a kid when I was kid running around, I used to hang out with his older brother and his older sister at the Taylor household and watching him grow up and mature into the young man that he’s gonna be, he definitely has a bright future.”

Taylor and Babcock won the awards despite the tough competition from Mingus Union’s trove of talented athletes.

“It’s very impressive, there’s a ton of guys that were up for it,” Ortiz said. “We had multiple male and female candidates in every sport. They look at your g.p.a. and your classes and stuff but then it’s definitely more weighted on your accolades and then when you look at what he did on the football field and you look at what he did on the basketball court and he went back out and played baseball for the first time in a while and was able to string together a pretty good season individually.”