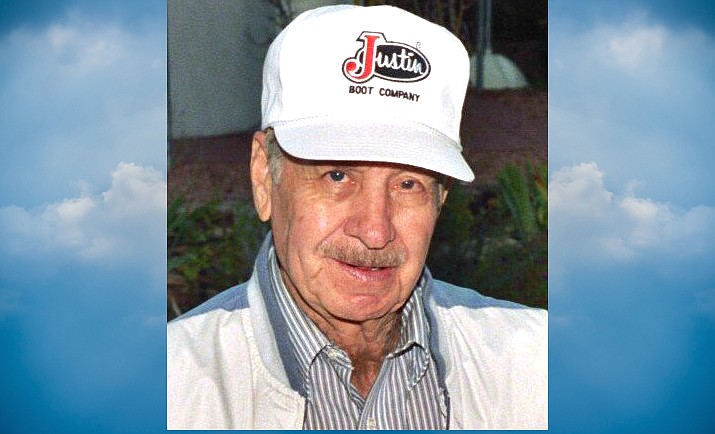 He and his wife, Peggy, were married 70 years, and together they raised their children, Jimmy and Robin.

Marvin started out working for Arizona Highway Department, (which later became Arizona Department of Transportation) in 1953 as a maintenance man and worked his way up to becoming a Transportation Engineer 1.

He retired in 1988, after 35 years and over the course of the years he worked on most of the bridges and roads in Arizona, including I17, 89A. He did a huge project at Slide Rock and is the reason that there are still apple trees there, as they were originally all slated to be removed. He won an Innovative Design Award in 1987 for his work on Red Rock Loop Road.

Marvin was a cowboy and loved horses, rodeos and country western music, especially old- time fiddler music. He was brought up in a different day and age where times were often tough, and because of this he was an exceptionally hard worker and very frugal with his money. He was known to be a bit of a perfectionist and liked everything to be just right.

Marvin loved to tell stories of his childhood, especially about the summers during the when he worked on his grandmother’s farm in Prescott and got to ride her horse, Brownie into town. During his retirement you could find him outside roping a plastic bull head that he had put on a sawhorse or visiting local towns.


He was a wonderful husband, father, grandfather, and brother. He will be missed by all.


A special thanks to Bueler’s for taking care arrangements.

A Memorial will be held June 15 at the Parsons’ residence. In lieu of flowers, donations can be made in his name to the Alzheimer’s Association 3111 Clearwater Dr., Suite A, Prescott, AZ 86305.