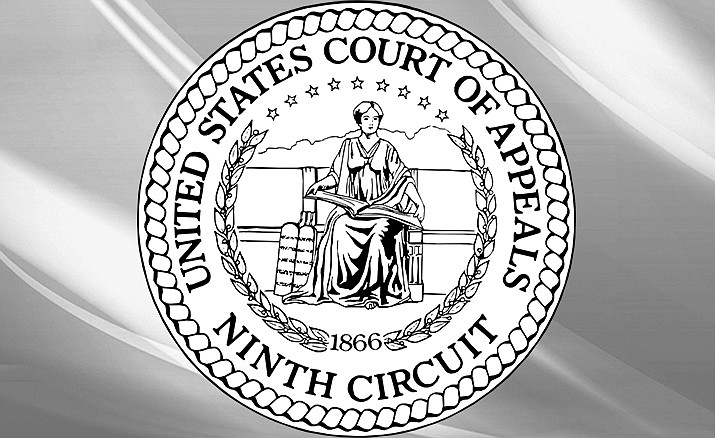 PHOENIX -- A man who held up a Tempe bank cannot be convicted of armed robbery simply because he placed a closed pocket knife on the counter while reaching into his pocket for a bag, a federal appeals court ruled Tuesday.

Judge Wallace Tashima, writing for the unanimous three-judge panel of the 9th Circuit Court of Appeals, said there's no question but that Neal M. Bain committed a series of bank robberies in order to support his heroin addiction. Bain, without a deal, pleaded guilty in federal court to two counts of bank robbery and one of armed robbery.

Now, however, Bain is challenging the sufficiency of the evidence for the armed robbery charge which stems from the 2014 holdup of the the Tempe MidFirst bank.

According to court records, he walked up to a letter, demanded all the money from the bottom drawer and kept demanding $100 bills. He then pulled out a closed folding knife and plastic bag out of his pocket, placing the knife on the counter.

Tashima said Bain never opened the knife to expose the blade nor threatened to use it.

Bain said he pulled out the pocket knife inadvertently while retrieving the bag from the same pocket. And he said there was no intention of causing fear or intimidating the teller with the knife, and that the knife "wasn't there for commission of the robbery.''

At a hearing on his plea, even the federal magistrate questioned whether the evidence backed the armed robbery plea.

And Bain, speaking at his sentencing hearing, told a judge he needed the knife for self protection because he was living on the streets. But he ultimately was sentenced to 197 months in prison on that particular robbery, to be served concurrently with 137 months for the other robbery which were not charged as armed events.

Tashima said the plea to armed robbery and the sentence were in clear error.

He said a conviction on that count requires proof that someone "puts in jeopardy the life of any person by the use of a dangerous weapon or device.'' In this case, the appellate judge said, the operative word is "use.''

That, said Tashima, did not fit the facts of the case.

"He never brandished or mentioned the existence of the knife to the teller,'' the judge wrote.

Prosecutors argued that just putting the knife on the counter meant he used it in the robbery, much in the same way that someone who puts a gun on a counter is using it in an "obvious and forceful way in the commission of a crime. Tashima wasn't buying it.

"The pocket knife remained closed and Bain did nothing to call attention to its presence,'' the judge wrote.

"There is no evidence that the second teller at the bank even realized at the time of the robbery that there was a knife on the counter,'' he continued. "Thus, the silent presence of the knife on the bank counter was not 'obvious and forceful.' ''

Tuesday's ruling sends the case back to the trial judge for resentencing.