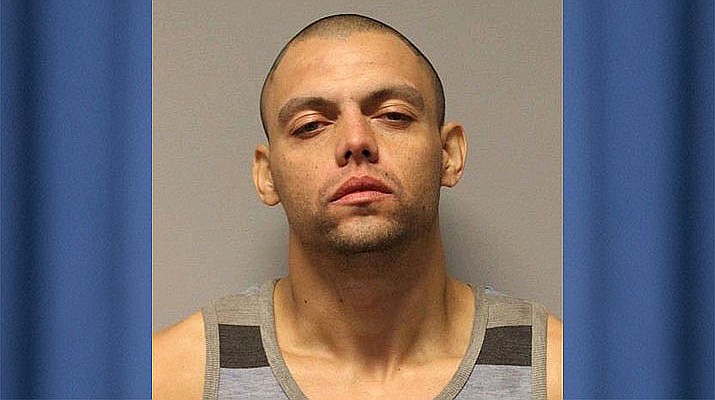 Seth Backus, 30, was arrested Wednesday, June 12, for a felony probation violation out of Gila County, four warrants out of Yavapai County and running from police in Cottonwood on May 30, 2019. (Yavapai County Sheriff’s Office/Courtesy)

Seth Backus, who has been on the run from law enforcement for months, was arrested Wednesday morning, June 12, in Glendale during an operation by members of the Arizona Division of United States Marshals Service Fugitive Task Force.

Backus was apprehended and taken into custody without incident, according to the Yavapai County Sheriff’s Office (YCSO).

He was wanted for a probation violation warrant out of Gila County, as well as four warrants out of Yavapai County. He allegedly committed burglary in the first degree, felony theft and misconduct involving weapons in Yavapai County in September 2018, YCSO reported.

He also was wanted on an aggravated assault charge stemming from a Dec. 24, 2018, incident in which he injured a Yavapai County detention sergeant’s hand while fighting with detention staff, YCSO said.

On May 30, Backus fled from police in the Cottonwood area and will be facing charges of felony flight and felony endangerment on top of the felony no-bond probation violation warrant, YCSO reported earlier.

“This is another example of the great job our men and women in law enforcement are doing to make our streets and neighborhoods safer,” said Chris Wilson with the Yavapai County Sheriff’s Office.