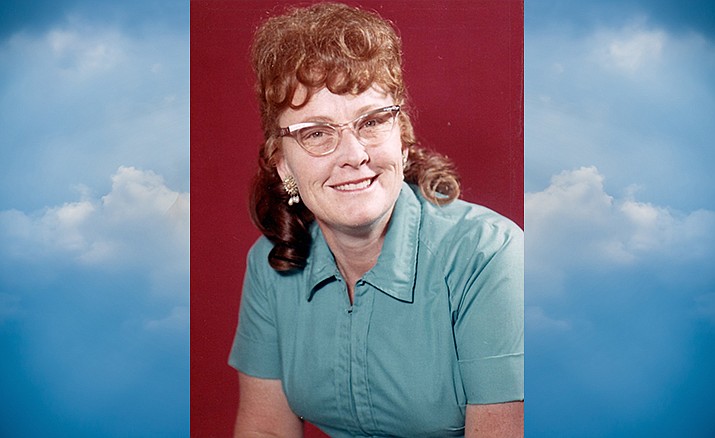 She was born on January 2, 1935, in Clearwater, Florida, to Nix Benjamin Forhand and Roberta Jane Lloyd Forhand (Susie).

Upon moving to Flagstaff, Arizona in 1946 she lived on the west side of Flagstaff at the campgrounds one summer. She attended and graduated Flagstaff High School. She worked at a bank, was a telephone operator, and a part time mail carrier.

She then went into the Army and after basic training worked at the Pentagon as a secretary where she met her husband, Carl Maynard Cavender. They lived in Michigan several years then returned to Flagstaff.

During the Apollo 13 missions Nellie worked for the USGS as a secretary and stenographer, and she made travel arrangements for the astronauts. She worked as a government tester upon moving to the Verde Valley in the 1970’s.

She enjoyed square dancing, gardening, women’s clubs, and hand crafts. She was also a Girl Scout leader and sold Tupperware.

She is preceded in death by her parents; husband, Carl M. Cavender; brother, Chester Forhand.