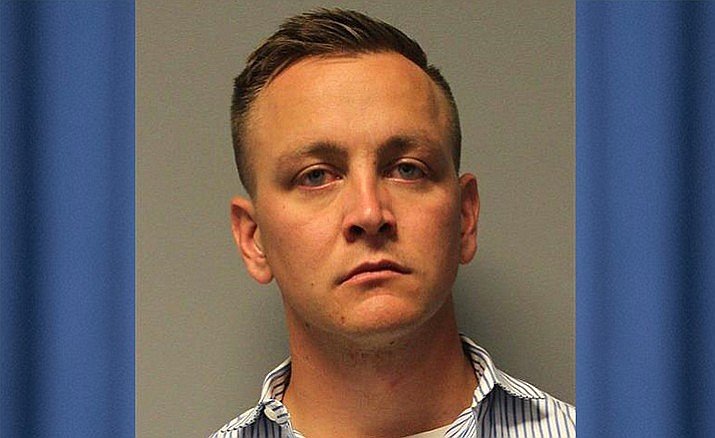 CAMP VERDE – Yavapai County Superior Court Judge Michael Bluff has extended the state’s deadline to June 21 to respond to a motion from Cody Delafuente’s attorney to remand his domestic violence case to the grand jury for a redetermination of probable cause.

Delafuente, a detective with the Cottonwood Police Department, was arrested in October 2018 following an investigation of domestic violence toward his wife.

A 72-page police report obtained by The Verde Independent through an Arizona Public Records request details the allegations of Delafuente being violent toward his wife.

According to the report, police responded to a domestic violence call on the evening of Thursday, Oct. 18, from a woman saying she had been beaten by her husband.

When police arrived, the woman’s face appeared injured but said she had “walked into a wall.”

According to the June 3 motion to extend the deadline, the state “only recently received a copy of defendant’s motion, as it was sent to the Yavapai County Attorney’s Office in error.”

Though the case is being heard in Yavapai County Superior Court, Coconino County Deputy Attorney Eric Ruchensky is the assigned prosecutor.