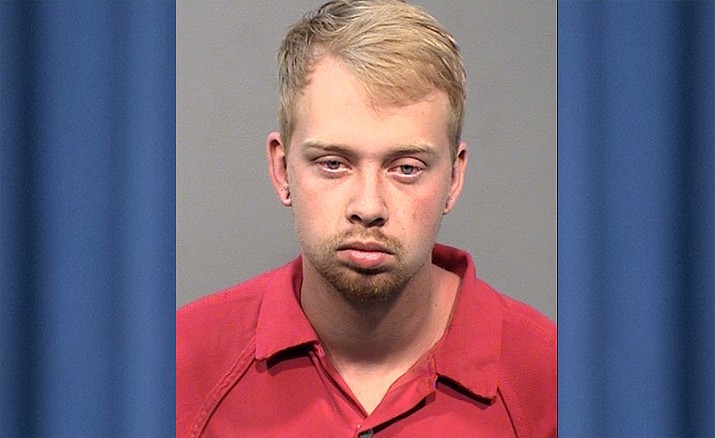 Jonathan Rice, 19, from Chino Valley was arrested and charged with 2nd degree murder after allegedly shooting a 16-year-old girl in the head during a party in an area just outside Chino Valley. (Yavapai County Sheriff’s Office)

A 19-year-old Chino Valley man has been arrested for the alleged murder of a 16-year-old girl Sunday night, June 16. The killing may have been an accident caused by reckless action during a party, according to law enforcement officials.

The man, Johnathan Rice, was with a group of individuals that had driven out to an area east of Chino Valley off Perkinsville Road earlier that day to have a party and consume alcohol, according to the Yavapai County Sheriff’s Office.

Rice had a revolver and was firing the gun randomly, according to information gathered by YCSO. While the group was in the bed of a pickup truck, one of the shots Rice fired struck 16-year-old Aneesa Williams of Chino Valley in the head, YCSO reported.

“The detailed circumstances that led to the shooting are still under investigation,” YCSO spokesperson Dwight D’Evelyn said in a news release.

After the shooting, an off-duty police officer happened upon the scene and was able to contact YCSO dispatch at about 3:15 p.m. to report what he saw. There was no cell phone service at the scene, so he had to drive some distance to make the call, delaying law enforcement response, D’Evelyn said. Medical personnel arrived and a transport helicopter was on standby, but Williams died at the scene.

One Phoenix area news outlet initially reported that the shooting was the result of a road rage-based incident. However, this report was unfounded as deputies were able to sort out the details and identify a suspect soon after arriving while detaining potential witnesses, D’Evelyn said. The Chino Valley Police Department did not respond to the scene, but did help YCSO detain the suspect and potential witnesses, said CVPD Sergeant Randy Chapman.

There were at least two other individuals with Rice and Williams during the incident, so detectives are documenting their statements as part of the investigation, D’Evelyn said. The revolver has also been found and is in the custody of YCSO detectives.

Rice is facing allegations of 2nd-degree murder and currently remains in the Yavapai County Jail in Camp Verde.

No bond has been set for him yet.