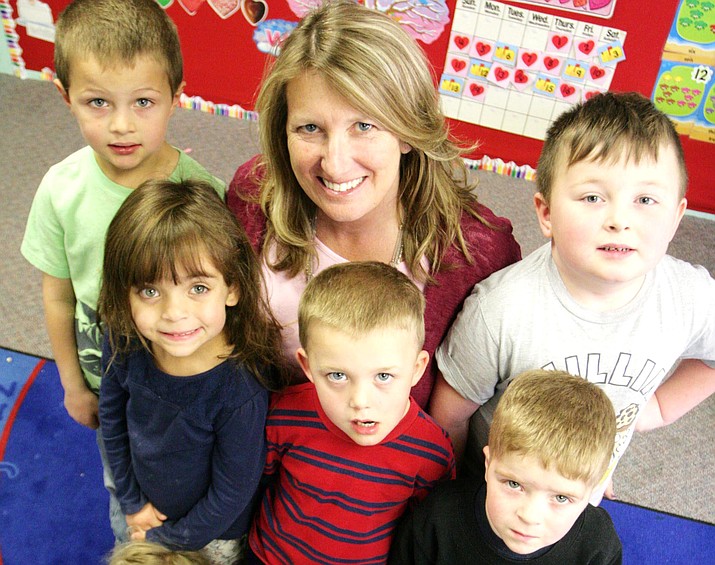 CAMP VERDE – The governing board at United Christian School has named Lynda Hilton interim administrator for the 2019-2020 school year.

In a press release, the school’s governing board stated that Hilton, who just completed her sixth year at the Camp Verde school, is the “perfect leader to unite the students, staff and parents.”

“She has demonstrated the ability to nurture both students and staff in the past, and will apply a positive encouraging leadership style that welcomes help, ideas and participation from the United Christian School community,” the release stated.

“She will strive to create an environment filled with the love and encouragement the board desires to pursue,” the release stated. “Lynda has excelled in every area of responsibility she has been given while working at the school.”

Hilton said that her primary goal as the school’s principal is to “bring our children, their families, our board and staff closer together as a school family and continue providing a strong Christian education.”

Hilton will remain the school’s Early Education Director for Preschool and Childcare, according to Amber Ford, member of the school’s governing board.

“She looks forward to continuing her encouragement of each child we are privileged to have enrolled in the school,” the press release stated. “We look forward to a successful school year and ask that our community might lift up Lynda and the school in their prayers during this transition and after to help us serve faithfully.”

Since August 2012 when she took over as the school’s early childhood director, Hilton has overseen a staff of six and has an active enrollment of approximately 60 children, according to the school’s official bio on Hilton.

“The preschool program was a class of 15 in one mixed 3- and 4-year-old classroom, it has expanded into a two separate class preschool with 21 students in each room,” the bio stated. “She also furthered the before and after school program and created a fun summer program.”

Hilton has been a preschool teacher for 30 years, which includes 25 years as director of early education programs. She began her career in 1989 at First Baptist Church, now known as Parkside Community Church.

Hilton left Parkside in 2011 and spent a year as director of Buena Vista Children Services. Hilton said she is “very excited” to be the school’s interim lead administrator and that she is “very interested in becoming the permanent administrator.”

“As things progress through the year, I will be considering that idea” she said.

Hilton replaces Kathy Holden, whom the school’s governing board announced on May 13 would not return as lead administrator.

Holden’s contract with the school ends on June 30.