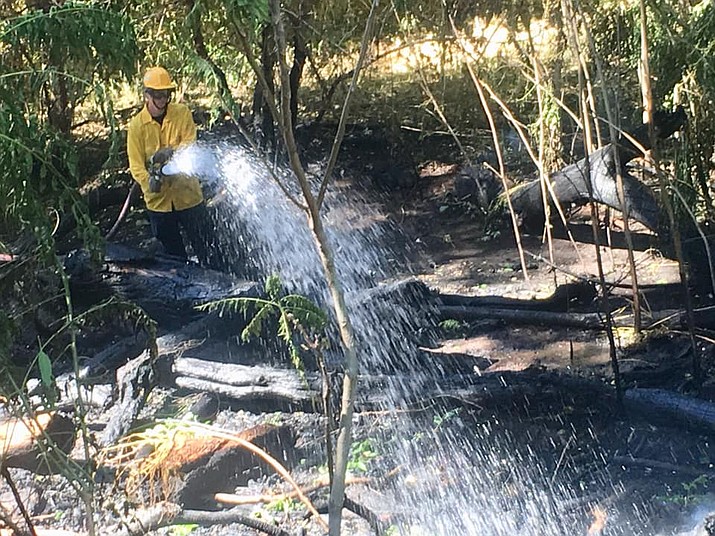 The Prescott National Forest firefighters were called in as a precaution and the Cottonwood ladder ladder truck sprayed water on the huge trees from atop the truck's high perch.

He said the fire was in a small ravine off Yavapai Street near the Jail Trail near the Verde River.

The fire was on the edge of the Old Town parking lot, in a vicinity where people have been pulling up vehicles and illegally dumping branches and lawn debris, the chief said.

"We were here pretty quickly," the chief said. "But still there is a lot of burned material. It was less than an acre, but it got into some very heavy cottonwoods and logs."

The chief said the investigation has not yet found any cause for the fire.