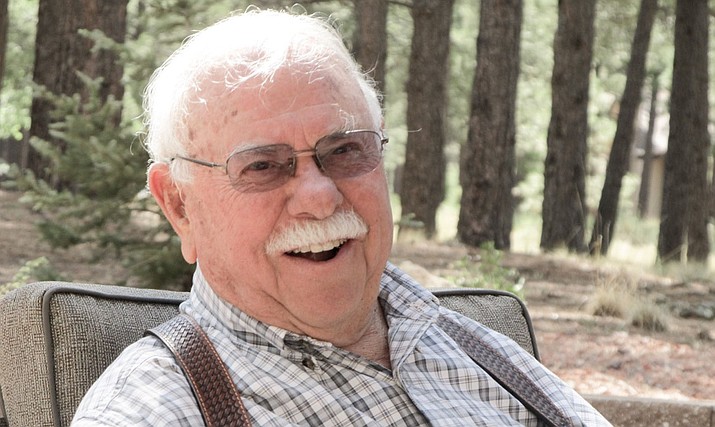 Nelson attended Flagstaff High School where he played basketball and football. He served in the US Navy from 1943-1946; stationed in Brazil, China and aboard the USS Cannon DE99 during his military career.

After his honorable discharge he married Lois Jean German on June 3, 1946. Jean passed from this life into everlasting life on February 26, 2003.

He was the owner and president of N.J. Shaum Electrical Contracting and a member of the IBEW. Nelson was a private pilot, and owned several different airplanes over the years, was a member of the American Bonanza Society as well as the AOPA.

A member of Quiet Birdmen founded in 1921. He enjoyed hunting with family and friends. In 1971 he was presented the Arizona Wildlife Sportsman Big Ten Trophy. He loved camping and traveling especially when motor homes became popular. Another hobby of his was collecting cars, new or old, he enjoyed automobiles.

On March 13, 2004, he married Betty Wren. Betty has been a tower of strength to the family and a blessing to Nelson.

Nelson is survived by his wife, Betty Wren-Shaum; his sister, Rosemary Warren; his two children, Sandra Lucille Sangster (Paul), Nelson Jacob Shaum III better known as Jake (Diana); eight grandchildren and thirteen great grandchildren. He will be greatly missed by his family and friends but those who know Jesus Christ as Lord and Savior will see him again in Heaven.

There will be a memorial service to honor Nelson’s life and legacy Friday afternoon, July 12, 2019, at 1 p.m. at the Verde Community Church, 102 South Willard, Cottonwood, Arizona 86326.

Memories and condolences can be shared with family directly or online at www.norvelowensmortuary.com.