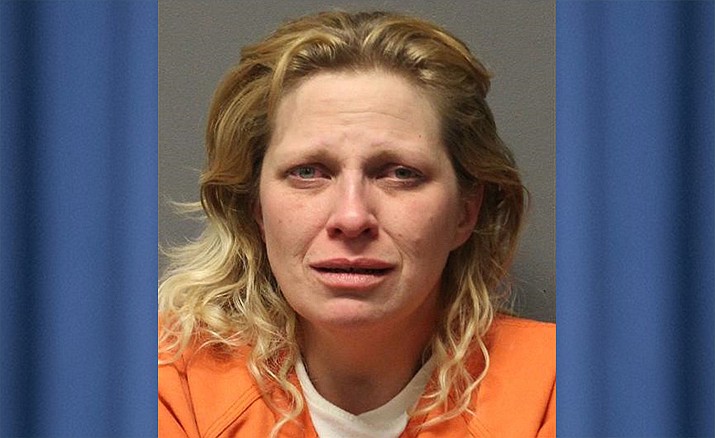 According to a news release from the Yavapai County Sheriff’s Office, officers made contact with Sarah Easterday-Shortridge, 33, who was wanted on charges of child abuse, adult abuse, failure to appear, possession of drugs and drug paraphernalia.

The release says Easterday-Shortridge lied to the police, assaulted three officers and resisted arrest as she was taken into custody.

In a case that Cottonwood police officials described as “one of worst child neglect cases officers have seen,” a $500 reward was offered in early February by Yavapai Silent Witness for information leading to the arrest of Easterday-Shortridge.

Easterday-Shortridge originally was arrested in March 2018 during a raid on what was described as a “flop-house” for drug users. The residence did not have running water or working electricity, except for one outlet to which multiple extension cords were attached. The home was noxiously pungent with trash, debris, broken glass, rotting food and feces found throughout. The suspect’s three children – all younger than age 5 – were found living in these deplorable conditions, police said.

The children were transported to Verde Valley Medical Center for treatment, evaluation and hygiene. The children were found to be suffering from rashes, bumps, lice, burns, open sores, scabies and were observed to be covered in feces.

Cottonwood officers were made aware of this residence after a person sought medical treatment at the emergency room the evening before due to head injuries from being “pistol-whipped” by an adult male staying at that residence.

The Department of Child Safety was called to the scene and the children were removed from Easterday-Shortridge’s custody.

See the Silent Witness website at www.yavapaisw.com/ for more details on the Catch 22 program.