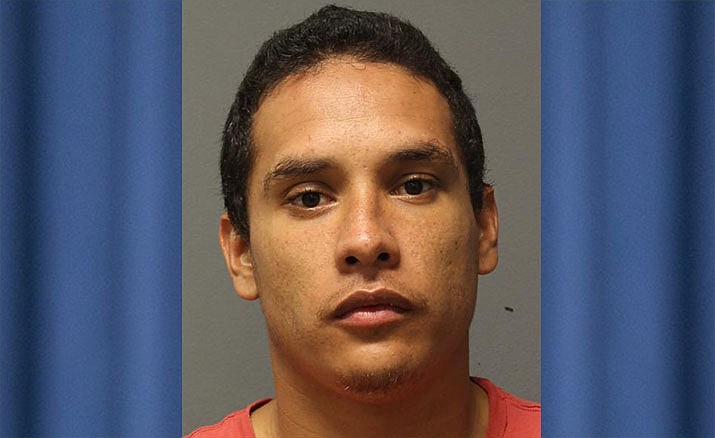 COTTONWOOD – Early on the morning of Sunday, June 23, Cottonwood police responded to the area of the Black Canyon Day Use off of SR 260 near mile post 210 for a reported stabbing.

The victim, a 36-year-old male, called 9-1-1 to report that after he had been stabbed several times in the stomach, he fled into the river and believed the suspect was looking for him, according to a press release from Monica Kuhlt, professional standards sergeant with the Cottonwood Police Department.

According to Sgt. Kuhlt, the investigation revealed that 32-year-old Christopher Michael Ogle stabbed the victim several times after the two of them got into an altercation.

The suspect, victim and three others had been traveling in the same vehicle to Cottonwood from Camp Verde to purchase alcohol, the release stated.

The victim and Ogle, both residents of Camp Verde, engaged in a verbal dispute on the way, so the driver pulled over on SR 260 to the access road that leads to the Black Canyon Day Use area near the river, the press release stated.

Ogle was located, then arrested later that morning, Sgt. Kuhlt said. Ogle was booked into the Yavapai County Detention Center for aggravated assault, a felony.

The victim sustained wounds deep enough to cause serious injury. He has since been released from the hospital, according to the press release.