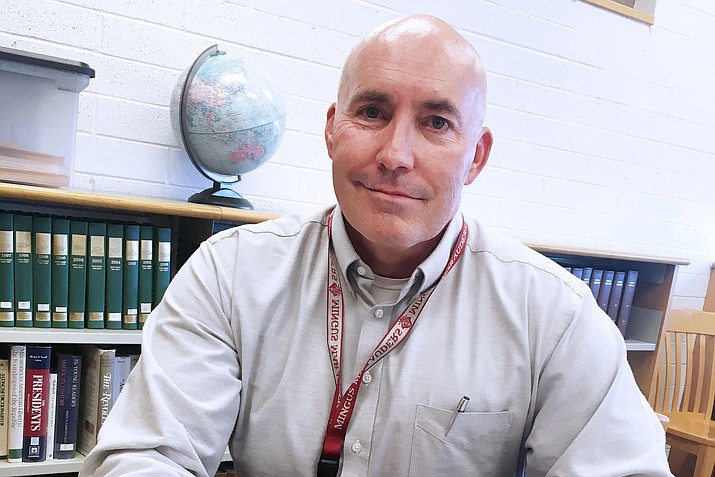 The lesson learned is what is considered conventional does not mean it’s the best course of action.

Especially over the past three years, the conventional approach has not served Mingus or the community well at all. It has resulted in a succession of six superintendents, each averaging about six months on the job.

The hiring of Westcott is unconventional by Mingus standards in that he was the only applicant for the job. For those who would criticize Mingus for this, our answer is that one applicant works just fine so long as it is the right person. It certainly saves us the time of having to go through a committee screening process and a community open house. Credit the Mingus board for not messing around with protocol and process vs. simply getting the job done.

The hiring of Westcott is unconventional by Mingus standards in that he does not have previous experience as a principal or superintendent. He is not that “highly qualified” candidate from another school district. The answer to those who would find fault in that need to ask themselves just how well that approach has worked for Mingus.

As we first saw with now-former Acting Superintendent Genie Gee, Mingus does not need to bring in outside talent on a permanent or interim basis to effectively lead the school. Gee’s approximately eight-month run directing the district was punctuated by calm, well-reasoned, firm-but-friendly leadership. She probably could have had the job for as long as she wanted had she not been consistent and adamant that she preferred serving as principal.

Having Westcott immediately step into Gee’s position without a fully vetted process is what other government agencies call succession training. It’s something that is typically applauded.

He has worked at Mingus for 32 years; 26 of which were exclusively as a teacher. Many of his former students will tell you he was the best teacher they ever had.

Four of Westcott’s 32 years at Mingus have been as a “teacher on administrative duty.” He was a teacher with a certain part of his day allocated to hands-on learning of the administrative responsibilities of the school district.

Finally, during the past two years, Westcott has worked exclusively in administrative capacities for Mingus.

Experience? It’s doubtful you are going to find anyone with more knowledge about where Mingus has been over the past 30 years and where the school should go in the next decade than Mike Westcott.

Finally, please understand that Westcott is not looking for greener pastures. He is one of us. He has lived in the Verde Valley his entire life. This is not a stepping-stone job for him. He is not going to get the school ship-shape and use that as a springboard to a better paying job in a larger school district.

He is here to stay.

Yes, Mingus took an unconventional course this time in hiring a new superintendent.