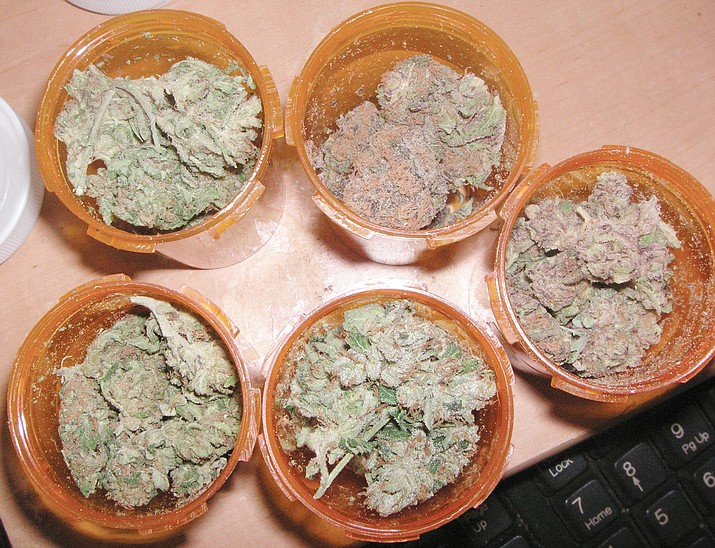 State health officials are failing to protect more than 200,000 medical marijuana users in Arizona from contamination and disease that can be spread when edible products are produced at state-licensed kitchens, the Auditor General’s Office reports. VVN file photo

PHOENIX -- State health officials are failing to protect more than 200,000 medical marijuana users in Arizona from contamination and disease that can be spread when edible products are produced at state-licensed kitchens, the Auditor General’s Office reports.

In a new study Wednesday, the auditors say the Department of Health Services does inspect kitchens when a new operation to prepare edibles is set up. But that is the end of it.

State Health Director Cara Christ, in a formal response, does not dispute the findings. She contends, however, that the 2010 voter-approved law allowing patients with certain medical conditions to obtain 2-1/2 ounces of marijuana every two weeks does not allow her staff to conduct the kind of unannounced inspections that would turn up hazardous practices and procedures.

The department cites requirements in the Arizona Medical Marijuana Act requiring “reasonable notice’’ before dispensaries can be inspected unless there is first an allegation that a facility is not in compliance.

“Marijuana kitchens are linked to the dispensary in which they are located and the same restrictions apply,’’ said agency spokesman Chris Minnick.

But Marc Owen, a manager of the audit staff, said that argument does not hold up.

He agreed that the Arizona Medical Marijuana Act does limit the ability of state officials to simply drop in at medical marijuana cultivation sites and dispensaries.

Owen, however, told Capitol Media Services that the health department had the power to conduct inspections of food preparation facilities long before there was a medical marijuana law. And he said the fact that kitchens are preparing edible forms of marijuana does not change that.

“That specific type of inspection, that food safety inspection, is what we’re recommending they perform on an unannounced basis, which would be consistent with their practices for other food establishments,’’ he said.

But Christ is holding firm. She said her department does not intend to comply with the audit recommendation and start inspecting the 36 kitchens it licenses.

Minnick acknowledged that the food kitchens hold a separate license. But that, he said, does not give inspectors drop-in rights.

“Surveyors must enter through the dispensary,’’ Minnick said. “And the product being used is regulated by the AMMA.’’

He also said that efforts to get the Legislature to alter the law to allow unannounced inspections of dispensaries “have not been successful.’’

He said the health department is unaware of any cases or outbreaks of food-borne illness associated with products containing medical marijuana extracts.

Minnick said health inspectors would inspect the kitchens during the pre-announced inspections. But that, he said, would require the kitchens to actually be operating at the time to review the equipment, health and sanitation practices.

“To date, our surveyors have not been able to observe an operational food kitchen during an inspection of a dispensary,’’ Minnick said. That is backed up by the report that says facilities typically close their infusion kitchens on days inspectors show up.

But Owen said that does not leave the health department powerless.

He said even if Christ is correct about unannounced inspections -- a point that the auditors are not conceding -- there are other things that the health officials could do during the pre-arranged visits to help protect the wellness of medical marijuana patients.

Owen said that could include inspectors at the very least reviewing the practices of staffers and check out the coolers, food preparation sinks and the temperature of any food or ingredients in the kitchen.

This isn’t just about cookies, brownies and candies. The report says that one dispensary in the state -- it is not identified -- actually has a kitchen to prepare and sell hot, ready-to-eat marijuana-infused edible products like burgers and tacos.

“One of the (health) department’s statutory responsibilities is to ensure that all retail food and drink in the state is safe for consumption,’’ state auditors wrote. That is why, like all food establishments, kitchens making infusions of marijuana have to be inspected by a registered sanitarian from the agency before they can be licensed.

That pre-operating inspection includes things like ensuring whether there are functional facilities for washing hands, the condition and source of food, and contamination prevention.

But that’s the end of it, at least from the health department’s perspective.

And that failure, the report states, puts the health of those purchasing these products in jeopardy.

“There is a risk that qualifying patients, which include vulnerable populations, are purchasing and consuming food products without adequate oversight to prevent food-borne illnesses,’’ the auditors said.

And there are problems to be found.

Auditors cited the fact that Coconino County has concluded it does have the authority to regulate food safety of edible products prepared and sold by kitchens there. Those inspections, the auditors said, have found problems.

“For example, Coconino County officials found that some food products were not appropriately refrigerated or tested for pathogens,’’ the report says. It says local health officials worked with a dispensary to institute a voluntary recall of products, including marinara sauce, mustard and ketchup.

The report does not address newly approved legislation which will require testing of all types of marijuana products, edible or not, for everything from microbes and heavy metals to pesticides and herbicides.

But Owen said that testing, which does not even kick in until November 2020, does not undermine the need for kitchen inspections.

“Those are food-safety inspections which are different than what these labs would be testing for,’’ he said, though Owen said the kind of testing being mandated by the Legislature is “a reasonable thing.’’

Minnick pointed out that the kind of testing being required still is dependent on a special advisory committee coming up with standards about what level of contamination is acceptable. But he said “it may play a role in addressing questions raised by the Auditor General.”

The failure of the health department to inspect kitchens is just one problem found in the new report.

Auditors pointed out that state officials clearly have the authority to inspect dispensaries and cultivation sites. But they said such checks are not conducted regularly.

In one situation they noted a cultivation site that had not been inspected for more than a year. When health officials finally did go in, they found some equipment used for cultivating marijuana was being stored in the bathroom “which could result in bacteria and germs from the equipment transferring to medical marijuana.’’

And the report says the health department has not developed guidelines or standards for addressing what happens when medical marijuana facilities are found out of compliance.