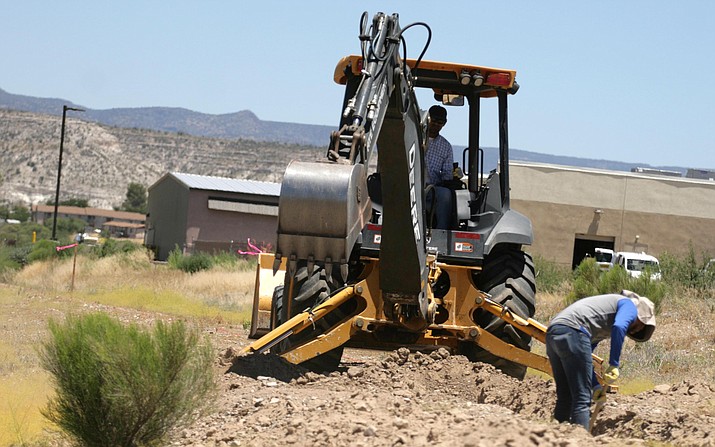 That’s what Community Development Director Carmen Howard said Wednesday before the town’s council unanimously approved an amendment and a final development plan and site plan for Phase 1A of a proposed gated community that would be known as Verde Ranch Estates north of Finnie Flat Road and east of SR 260.

Red Moon Development/Verde Ranch MH, LLC owns 110 acres of land north of Finnie Flat Road and east of SR 260 that is formerly known as Silverado at Simonton Ranch and plans to develop in three phases, Howard told council. Should the developer purchase the remainder of the former Silverado’s 172.5 acres, the project could end up being five phases.

Phase 1A will have room for 89 manufactured homes on land that will be leased by the developer, Howard told council.

“This developer wants to keep it a private community and will maintain it, with walking paths, landscaping, and aesthetics we believe will be high quality,” Howard said.

The development’s internal roads will be paved and 24-foot wide, with a 6-foot wide multi-use path on both sides of the road, according to a June 6 letter from Krishan Ginige, president of Southwestern Environmental Consultants, the project’s engineer.

According to the letter, the multi-use path “will connect to the overall pedestrian circulation paths of the area.”

Plans for Phase 1A also include a clubhouse and swimming pool. As an Opportunity Zone project, Howard said the owner of the development “won’t be putting it together to flip it.”

As a Planned Area Development – PAD – council will “see each phase come before you,” Howard said.

Council spent more than 30 minutes doing its due diligence on the developer’s request, asking questions about public (non-resident) river access, access roads within the development, lease agreements, as well as the community’s appearance.

Details of the Verde Ranch Estates project can be found in council’s June 26 agenda packet, at cvaz.org.