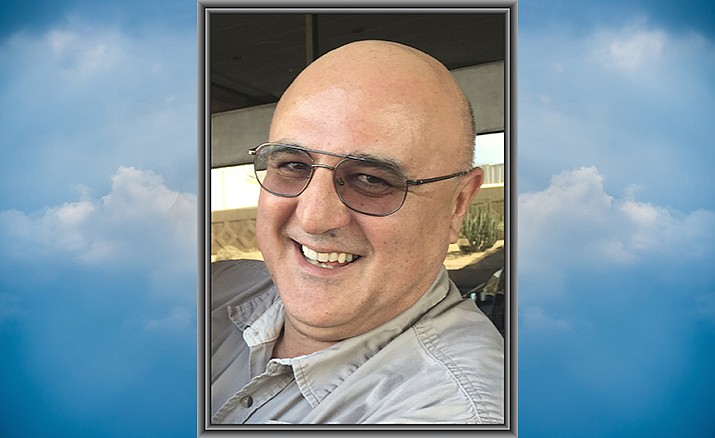 Cristian was born June 10, 1962, in Bucharest, Romania, where he served in the Army right out of high school. He graduated from the University of Politechnica where he got his Masters in RF and Microwave Engineering. He owned his own business and traveled from country to country installing radio dishes, leaving his name and legacy all around the world. Cristian migrated to Australia with his wife and daughter, Miruna Paun, in 1994 and became an Australian citizen. He worked various jobs there until he came to the United States in 2001 where he worked for Sensus Metering Systems designing radios and antennas where he held six patents for that company. His name will live forever inside water and gas meters in the US and abroad!

Cristian met his soul mate in 2006, Mary Caron, when their lives were intertwined and changed forever. For 13 years Mary and Cristian enjoyed life to the fullest. They lived every moment loving each other and creating memories with each other and the extended family that he became very close to. Laughter and many fond memories were created in Arizona, the state that he had always loved from when he first received an Arizona Highways magazine from his uncle at the age of 7 years old in Romania. He said, “One day, I will live there.” Cristian kept in touch with his mother and daughter, who reside in Romania. His wish was to move them to the United States so he could be closer to them. Cristian was very eager to show pictures to his family and co-workers in the US of his daughter. He was so proud of her and the beautiful woman that she had become.

Cristian’s lifelong ambition came true in January of 2013 when he became an American citizen. This also accomplished one of his childhood dreams. In 2017 he was offered a job from Northrop Grumman designing specialty radios and antennas for Aero-Space-Engineering, which was another dream he was able to accomplish. His co-workers admired him for his brilliance, his humor, his willingness to share his ideas and his passion for what he did. Northrop Grumman said,” Cristian was a one-of-a-kind great man. His positive attitude and love for radio will never be forgotten.” Cristian’s lifelong hobby was ham radio. His call sign, WV6N, was well known throughout the world. He had over 320 countries he had made friends and contacts with. Cristian said, “How many people can say they love their job, when their job is their hobby?” He is now known as a silent key (SK). Through American Radio Relay League (ARRL), his legacy will live on forever. Cristian has touched the hearts and lives of so many people throughout his life. The friends and family that he leaves behind will cherish the memories and the legacy that this amazing man has created. Until we meet again. Services were held at Westcott Funeral Home in Cottonwood. He was laid to rest in Sedona Community Cemetery. An online guestbook is available to sign at www.westcottfuneralhome.com Information provided by survivors.

Ducey: Praise for high-paying jobs
Our children: Smart Meters, EMFs, and RFs
Letter: Demand your right to be healthy and safe
Flown With Pride
Gulch Radio now accessible by Internet only (with video)