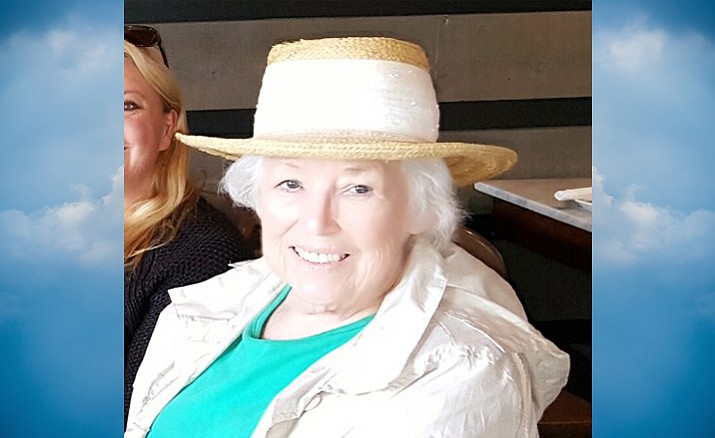 Married to Burton A. Sisco in 1968, they enjoyed many adventures during their nearly 51 years together. Following the passing of her sister Burt and Norma moved to Scottsdale, Arizona, to be close to their nieces and nephews. In 2002, they moved north and settled in Rimrock.

Norma enjoyed gardening, puzzling, collecting native and Asian art, and listening to the classical composers. She was an avid reader with a hunger for knowledge on a myriad of subjects. Also a talented writer, she shared wonderful prose with friends and family alike.

Norma was a cheerful and optimistic person with an unusual wit and a dry sense-of-humor. Most importantly, she was a beautiful person inside and out. She is survived by her husband, Burt; step-children, Burton R. (Ellen), David (Dolores), Tod (Ann), and Elizabeth Tolmie (Bernie); daughter-in-law, Margie; sisters, Donna R. Ingle and Debbie Reed; nieces, Kathi and Meghan Brennan of Phoenix, Jaymi O’Hanlon and Alissa Reed; and brother-in-law, Robert K. Sisco (Lorraine).

Also surviving are eight grandchildren; grandniece, Brianna and grandnephew, Liam; and three great-grandchildren. She is preceded in death by her parents and step-father, Stanley; sister, Barbara Brennan (John); nephews, Terry and Patrick; and by her cherished poodles, Count, Casper, and Chad. Celebration of Life services will be held at a later date with location to be announced.

Contributions in Norma’s honor may be made to a charity of choice. Alternatively, please share condolences at www.buelerfuneralhome.com. Information provided by survivors.