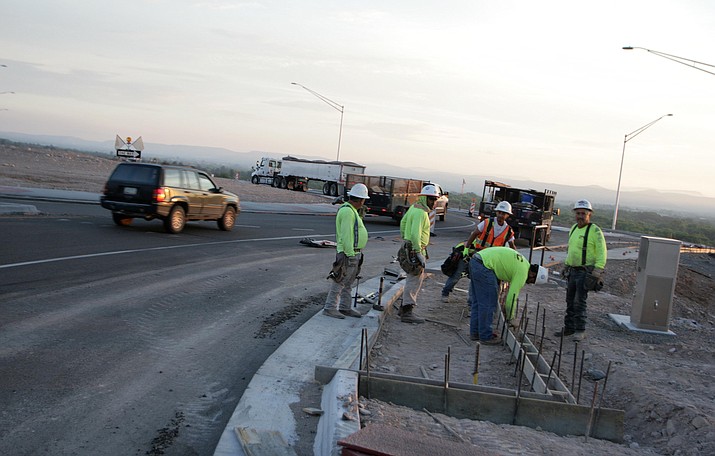 In 2018, ADOT crews nearly completed a $62 million road widening and improvement project. In mid-April, ADOT will finish paving the nine-mile stretch of highway between I-17 and Thousand Trails Road. VVN/Bill Helm

CAMP VERDE – In November, Arizona Department of Transportation announced that it would complete its $62 million SR 260 road widening and improvement project in spring 2019 because of a colder, wetter October that had not been anticipated.

Though Harding said that it would “probably take around six weeks” to complete the project, the “main impact to traffic will be the first 10 days where crews will have to close one lane at a time.”

The project’s completion involves “final paving as well as adding rumble strips,” Harding also said, and “will take place during the daytime.”

The majority of the nine-mile project was completed last year, as workers constructed two lanes heading westbound and eastbound between I-17 and Thousand Trails Road, roads that were separated by a median. Crews also built seven roundabouts along SR 260 and completed a new bridge over Cherry Creek near Cherry Creek Road.

ADOT’s original plan was to lay the final pavement layer before winter, and to lay permanent striping in the spring.