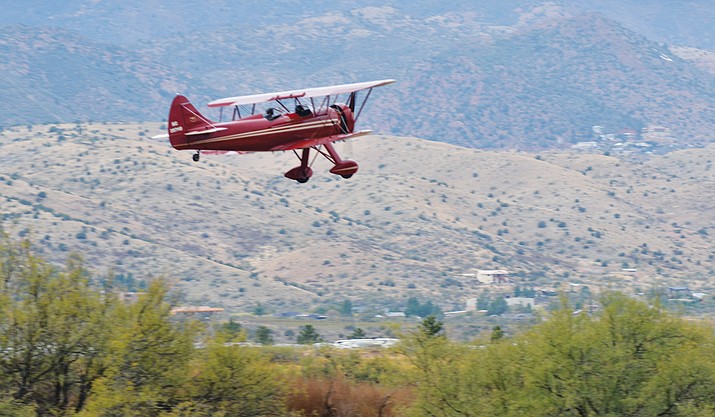 Many Cottonwood residents claim the local airport is a serious threat to the city’s quality of life. VVN/Vyto Starinskas

COTTONWOOD -- As Cottonwood looks at its strategic plan – one of which is exploring the possibility of expanding the airport – residents are raising concerns over how noise from aircrafts are not only affecting their property values, but also their quality of life.

“I happen to live near the airport but I have friends who live two, three, four miles away and they’re impacted as well,” she said during a city work session March 12.

“In the lion’s share of the community -- the folks all over in Cottonwood and Clarkdale are being impacted by this airport and the noise from the planes,” he said during the work session.

But they’re popping up again most likely because of a better economy.

Cottonwood neighbors aren’t the only ones contending with this issue. This reflects a longtime nationwide trend. For example, in Washington D.C., noise complaints from the region’s three major airports more than doubled last year, according to a November Washington Post article.

While Cottonwood’s problem may be at a much smaller scale, residents are still concerned over talks to expand the airport amid current noise levels.

“As someone who lives near the airport, I have become very concerned that the City of Cottonwood is looking to increase future tourism and business by encouraging increased use of our airport,” wrote Cottonwood resident James Schied in a letter to the editor. “I fear this increased use and the noise that will come with it will decrease our home values and more importantly decrease the quality of life in our community.”

But, as Scott puts it, the airport was here first.

“The beacon at the Cottonwood Airport is one of the oldest structures in the city,” he said.

The airport itself existed years before surrounding infrastructure and subdivisions.

According to historian Nancy R. Smith, the airport hosted a civilian flight training program sponsored by the U.S. government between 1938-1944 to increase the number of civilian pilots and bolster military preparedness.

Today, the airport still hosts flight training programs. According to Scott, the airport gets 90 percent of its funds from the Federal Aviation Administration and must allow flight schools to use the city facility.

Cottonwood also gets a fraction of the air traffic from Prescott’s airport. According to Scott, the Prescott Regional Airport is one of the nation’s busiest airports and hosts several different flight schools.

A lot of the complaints concerning the noise come from Verde Village Unit 8, located in the flight path of a lot of these touch-and-go trainings.

But Scott said the city is looking at ways to mitigate the noise. One way he said, is considering different flight patterns, implementing fly friendly practices and encouraging pilots to use light sport aircraft with quieter engines.

Sid Lloyd, owner of Kestrel Aviation Services in Cottonwood, said the CTLS, for example, is an aircraft good for noise abatement.

He said one thing he’s concerned about amid airport noise talks is that the United States is facing an airline pilot shortage. According to the FAA, while the demand in pilots is up, the number of pilots have declined by 30 percent since 1987.

“America has a real problem – massive lack of pilots,” he said. “While I understand noise concerns, it’s frustrating when people say we don’t need airports … it’s a national security issue.”

Right now, Scott said the city is working with new fixed-base operator Grant Wiseman to do a noise abatement study.

In a letter to the editor, Clements suggested the city do a cost-benefit analysis and weigh the pros and cons of having a busier airport.

“One only has to look at our neighbors in Sedona to see what can happen to a community that doesn’t get it right,” she wrote.