Be Fit Fit: When Things Get Tough… 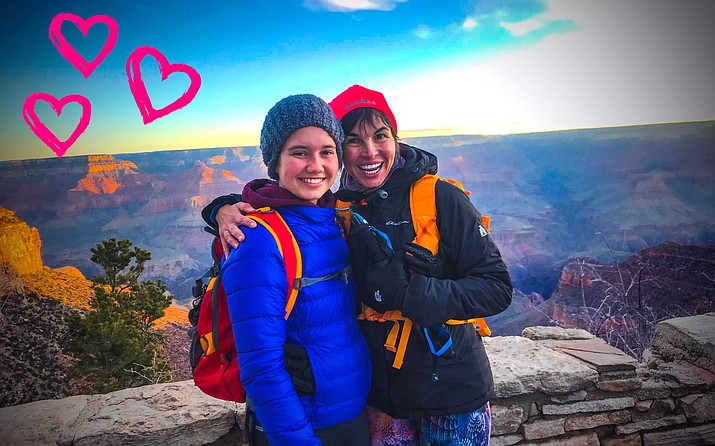 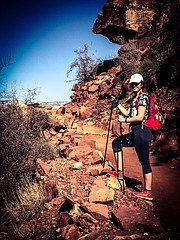 Wow, am I impressed!

On Saturday March 16th, I plummeted into Grand Canyon.

Again, some of you would say… big thing…

The difference was major, at least from my Mommy-On-Duty perspective. I went in there with my 16-year-old daughter, Amaya. Few days earlier, both of us decided to do it. You know, she had been preparing for the Grand Canyon Rim-To-Rim with her school, our beloved VVS, which is to happen in May this year. She kept hiking around the Baldwin Trail three times at a time with her friends, in circles. Or the Hiline slopes.

Mommy said, Baby, the best prep for hiking Rim-to-Rim is to DO IT with your mom, who sort of runs that space teens of times a year and knows every crook and nook and the ways around in (and, hopefully?) out of there.

So, Baby Amaya reflected on my proposal for a few, and when prompted the next time around, she said… let’s do it!

So, off we went from Sedona, starting our drive to the mystic destination at some crazy 4AM. It IS my usual wake up time, but not necessarily hers. But she went with the flow. We ate breakfast in the car just before hitting the Tusayon area.

The top of the South Kaibab Trail, by which we went into the bowels of the Canyon, was covered with snow, ice and, generally, frozen. We pulled out our crampons and hiking sticks, and still, at switchback #2 into the Canyon, Amaya simply sat on her booty and took a glide down - two ice-covered zig-zags down! I followed her suit, and so did several hikers who emerged from the same frozen “Express (hmmm, “Express…”… Kaibab” bus with us. Amaya said, “Might as well!”, smiled to us all, and gracefully went down. This was followed by about 7 miles of ohhs and ahhs all the way to the Phantom Ranch, where my brave trooper refueled with the usual choice of a bagel with cream cheese and pepperoncini - and of course, I had to, ahem, sample her food…

Off we went to climb. She took the sandy part in a stride and then, braced herself up for the first steeper uphill at Devil’s Switchback. I told her it is one tough mile, but only one. She covered it in one push, one leg at a time, immersed in her thoughts and sharing her life with me. It was so very special.

Then, we rested at the Indian Gardens. To my disbelief, I acknowledged that the lovely, big tree, which used to always offer us some major shade at the water spout there, was gone! Cut in pieces. Non-existing. The local landscape changed forever with this one.

We went off, again. We kept going one switchback at a time, admiring the stunning views.

At the bottom of the Canyon, as opposed to the start of our trek, it was a T-shirt situation. On top, emerging again, we put the jackets, hats, gloves, crampons and all on again. And added the hiking poles, too.

We got out definitely in one piece, happy and ecstatic, only 9 hours and 15 minutes later. Amaya’s personal record for a true Rim2Rim.

We changed into somewhat drier clothes and, as power was off in the Canyon and Tusayon, we drove off to Williams for gas and the best sushi ever!!!!

After the hike, Amaya shared with me her approach: one leg at a time, one step at a time. Patience, grit, resilience and perseverance. Even if things go ugly, you sit in the middle of the trail and say, ouch, I have NO IDEA how I get outta here!.... and even it seems we have no energy for that one more step. We CAN do it if we put between our two ears that we can.

I am so very proud of my Munchkin, and she is so proud of herself of leading our little Daughter-Mommy Team into and out of the Canyon! I just followed. A strong leader like her made it so doable to cross that 20-mile distance we registered on our GPS that day!

P.S. We both slept like babies the night after! 😉

Magdalena is the owner of the Be Fit Fit Personal Training Studio (www.befitfit.biz) and a Realtor® at the Russ Lyon Sotheby’s International in Sedona. Visit her “Be Fit Fit” blog at www.verdenews.com.