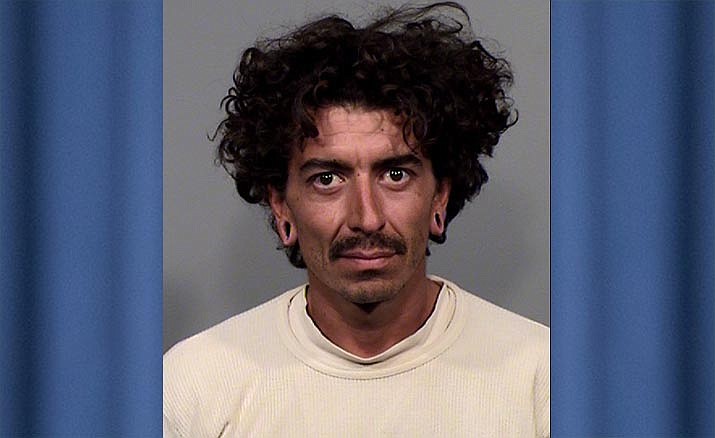 COTTONWOOD – A Cottonwood transient was arrested Saturday for allegedly assaulting and robbing his girlfriend.

During the early hours of March 23, the unidentified victim reported that 37-year-old Jacob Lorenzo Blouin “forcefully took her money, cell phone, jacket, shoes and other clothing before fleeing the area on her bicycle,” according to a news release from the Cottonwood Police Department.

The release also stated that Blouin “allegedly urinated on the victim after he assaulted her.”

The victim’s bicycle was located a short time later, but officers did not locate Blouin until approximately 2:30 p.m. in Cottonwood’s Old Town.

Blouin was taken into custody and later booked into the Yavapai County Detention Center on robbery, assault and possession of drug paraphernalia, the release stated.

The robbery and drug paraphernalia charges are felony charges, the release also stated.