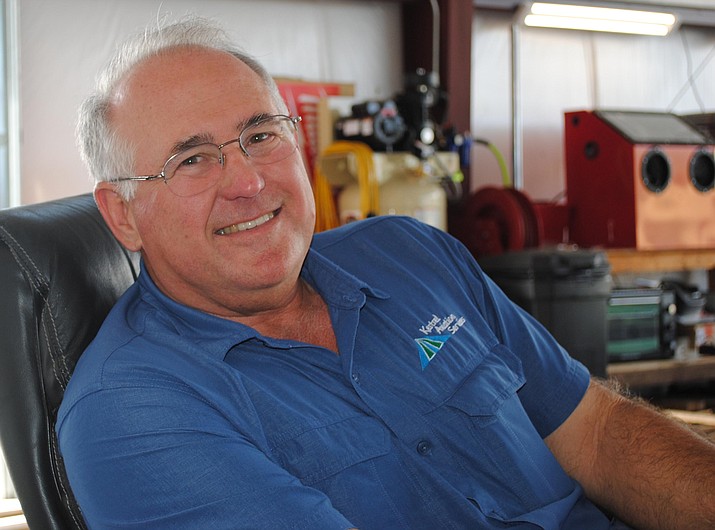 Recently, a small group of anti-noise activists have been actively attacking the Cottonwood Municipal Airport.

Their most recent anti-airport tactic is to demand that the City of Cottonwood require landing fees for anyone using the airport. Here’s what one of the activists said in a recent Letter to the Editor about landing fees, “more importantly they would tend to limit activity at the airport.”

In another Letter to the Editor pushing for landing fees, the writer said “if they [pilots] are able to afford to pay for fuel and insurance, even an aircraft to fly in, then they can pay a simple landing fee.”

They say it should be like the Cottonwood Recreation Center charging fees to pay for itself.

OK, let’s talk about it.

Last Sunday, my family and I went to Old Town and had brunch at Red Rooster where we sat out on the patio listening to a young woman singing and playing her guitar during an open mic session. It was lovely and the brunch was amazing.

During our meal, while she was singing, a group of extraordinarily LOUD choppers came roaring by completely drowning her out. She gamely kept on singing.

Then a group of LOUD rat-rods rumbled by. Hey, I know how to fix this. Let’s put a toll booth on both ends of Main Street in Old Town and collect $20 from every vehicle that enters. That will bring in more tax money and “more importantly they would tend to limit activity” in Old Town.

It shouldn’t be a hardship on anyone because after all “if they are able to afford to pay for fuel and insurance, even a vehicle to drive in, then they can pay a simple entrance fee.”

Sounds like a really stupid idea, right? Right. It would kill business in Old Town. It would kill Old Town. And that’s exactly what the self-appointed noise police want to do: kill the Cottonwood Municipal Airport so they don’t have to listen to the airplanes they hate.

So, should the airport be self-funding like the Rec Center? Hmmm. The Fiscal Year 2020 Cottonwood City Budget proposes $1.336M for Rec Center operations. Let’s see, as of 2017, Cottonwood population is 12,023.

That means a “user fee” of $111.14 annually for every man, woman and child in Cottonwood. OK, so not everyone uses the Rec Center and that wouldn’t be fair? What, maybe 1,500 residents per year use it? So that would be a user fee of $890.84 for each user. Ridiculous, right?

So how is the Rec Center (of which I’m a big fan BTW) mainly funded? Taxes. Exactly like the airport. But, the airport provides a lot more financial value to Cottonwood than the Rec Center.

Here’s some facts about the Cottonwood Municipal Airport you may not know:

• Businesses located at the airport collect 3.5% sales tax that goes to the City of Cottonwood

• In addition, in order for the privilege of doing business at the airport, the City of Cottonwood assesses a “fee” consisting of 1.5% of a business’ annual gross revenue. There is no other location in the City of Cottonwood of which I’m aware where a business has to pay a percentage of their gross revenue to the city for the privilege of doing business in the city.

• The city gets a percentage of all fuel sales plus sales tax on fuel sales PLUS 1.5% of the FBO gross margin.

• If you have ever been to the airport, you have seen the very large and pricey metal hangars scattered around the airport where aircraft are housed. Every airport tenant pays a monthly lease to the City of Cottonwood to lease the hangar/land or just the land if they own the hangar. That’s in addition to revenue from tie-downs and covered parking.

• Here’s what most people don’t know: Nearly all of the hangars were built and paid for by private citizens who are leasing city property on which their hangar sits. But at the end of the term of their land lease, the City of Cottonwood has the right to take full and complete ownership of the hangars that were build and paid for by private citizens

Wow. Where can a city get a better deal than that? Private citizens pay millions for assets that will eventually be owned and rented out by the city for more revenue. What a great long-term investment. Do you see that happening anywhere else in Cottonwood? No.

• And, unlike the Rec Center, any needed major airport renovation or expansion is almost fully funded by the Federal Government and the State of Arizona instead of the City of Cottonwood. Just last year there was a major renovation project funded by the FAA that I believe was worth about $4 million in the FY 2020 Budget, the three largest grants are for transit, FEMA and the airport.

In short, the Cottonwood Municipal Airport is an amazing financial windfall for the City of Cottonwood and all of us citizens. Don’t let a small group of angry anti-airport activists destroy a wonderful thing. Hey, here’s an idea - let’s have an airport celebration day at the airport instead.

Sid Lloyd is the president of EAA Chapter 952 Verde Valley and the owner of Kestrel Aviation Services, a full-service light sport aviation center focusing on Rotax-equipped Light Sport Aircraft. His business is located at 668 S. Airpark Road Hangar #3 at the Cottonwood Municipal Airport.