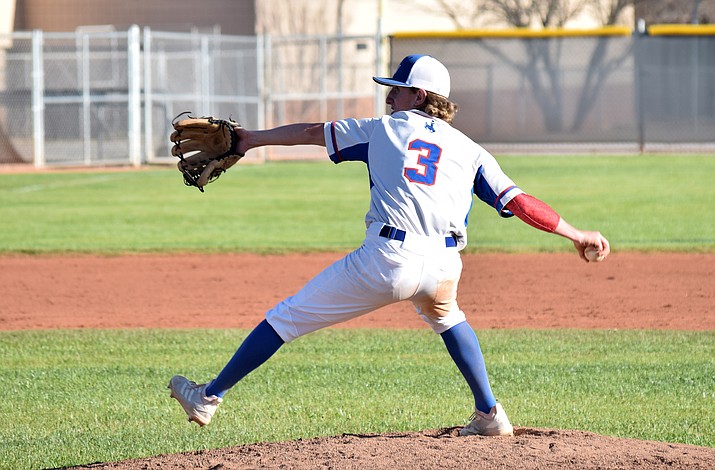 Camp Verde High baseball will open the state tournament against a familiar foe.

The No. 5 Cowboys will face 12th seeded Miami on Friday at 4 p.m. at the Goodyear Baseball Complex in Goodyear. In 2017 then No. 13 Miami knocked then No. 4 Camp Verde out of the playoffs in the first round.

The Vandals earned a spot in the state tournament with a 12-2 win over Goodyear Trivium Prep at home in the play-in on Tuesday.

Miami went 13-4 in regular season games and won the South Region, going 13-0. The Cowboys have won nine games in a row.

The state tournament is four rounds and single elimination.

If the Cowboys beat the Vandals, they will play the winner of the No. 4 Thatcher and No. 13 Tucson St. Augustine game on Saturday at 11 a.m.

The tournament's bracket can be found here