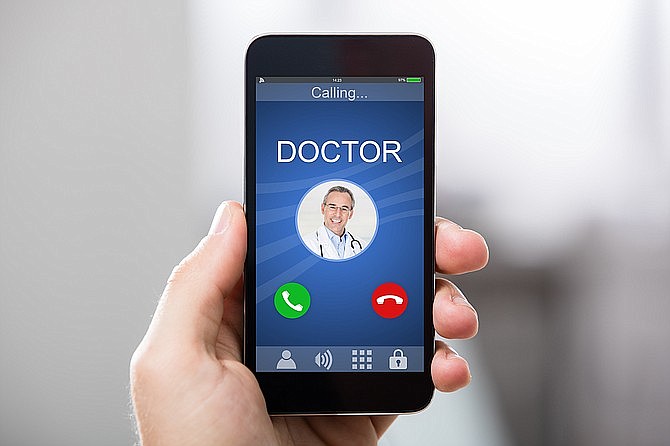 Arizona has a new telemedicine law that should not only give rural Arizonans more ready access to specialized health care but help assure their insurance will cover those remote treatments. (The Daily Courier stock photo)

Arizona has a new telemedicine law that should not only give rural Arizonans more ready access to specialized health care but help assure their insurance will cover those remote treatments.

For most patients, it means insurance coverage for telehealth services pays at the same rate and terms as for in-person treatment.

That is an important move as it helps remote medicine expand as insurance begins to cover more specialties and assures providers will be paid.

The state has had telemedicine in place for more than two decades. It is a dedicated program at the University of Arizona medical school, the state’s only training ground for physicians.

Originally envisioned as a way to get more heath care to underserved parts of the state, it still serves that mission.

The new law, however, erases the geographic restriction. This should allow telemedicine to become more accepted by both patients as providers as it becomes more of an everyday practice.

Why has it taken so long to update the law? There are concerns, justifiable ones, that remote medicine can take on a life of its own.

Consider the insurance perspective: What’s to stop, say, a primary care physician from enlisting a team of specialists to review patients and their treatment? Should the insurer pay a full amount for what amounts to a brief video phone call?

This point comes into play in hospitals and labs, where patients may receive care or lab interpretations from providers who may or may not be part of an insurance network.

The patient has little control over which anesthesiologist will rotate into their surgery or which radiologist will review imaging. The financial result is often complicated for patients, providers and insurance companies.

Nor, in that case, is the patient likely to know in advance that, say, a remote neurologist is monitoring a bone surgery. Those scenarios happen frequently.

The hospital example is one that can and should be addressed by advance noticing requirements for surgeries and other treatments to assure insurance coverage is in place.

A variation on this thought also applies under the new telemedicine law.

Patients increasingly have to be savvy consumers of health care and should understand not just the health but also the insurance implications of any telemedicine treatment before agreeing to it.

The new law opens wide the doors to specialized medical treatment almost without regard for a patient’s location. This is a plus for rural Arizona, including Lake Havasu City as the legalities catch up with the technologies.

Patients, however, have to be as up-to-date as the delivery method to assure insurance coverage is as complete as the law suggests.