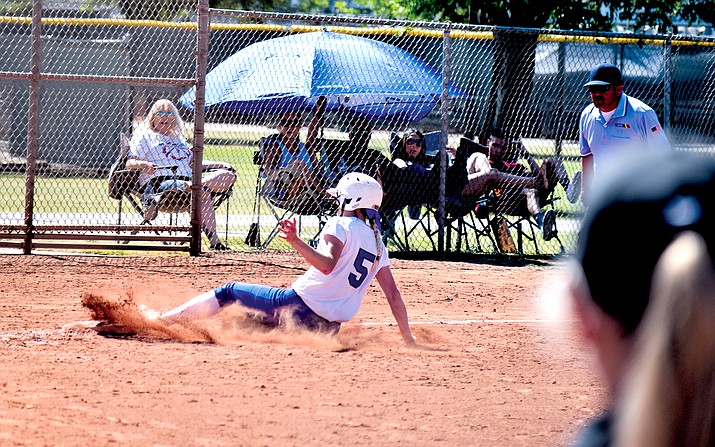 The No. 3 Cowboys beat No. 14 Heritage Academy Laveen 14-0 in five innings on Friday in the first round of the state tournament and then No. 6 Globe 10-0 on Saturday in the quarterfinals in six innings.

“We did good, I’m happy with them,” CV head coach Henry Smith said. “We still need to sharpen up, we have some base running things that we could work on and maybe we could fix that this week, but overall it was a good effort, we’re coming together fine, we have one game left in order to be totally prepared for the big game.”

The Cowboys face No. 2 Trivium Prep on Friday in the semifinals at 6:30 p.m. at Rose Mofford Softball Complex in Phoenix.

“Like I said we start out the season knowing that we’re gonna do our best to win a state championship and I think when you do that and you have the girls realize that’s a realistic goal to year in and year out compete for a state title, when they buy into that then it’s that work ethic and all that passion and everything comes out and they do what it takes to at least put us in a position to compete for it,” Smith said.

Junior pitcher Jacy Finley was dominant in both games.

“She’s been doing well,” Smith said. “We expected that she would come in and do her thing and she’s right on track. Jacy is our workhorse She’s always doing what we ask and right now she’s pitching very well. She’s hitting her spots and she’s confident and the team’s behind her back and their catcher/pitcher battery is doing well together, really no complaints, we’re ready to play.”