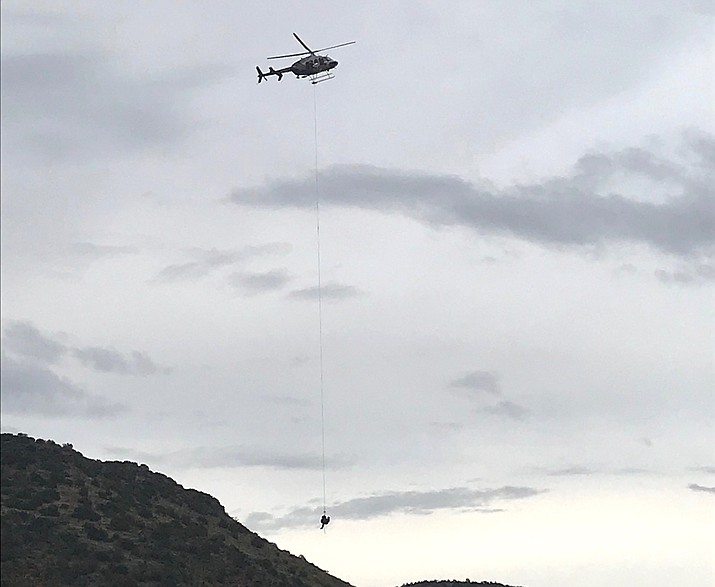 The hiker was picked up by the DPS Ranger helicopter and brought to a landing zone to be transported by a medical helicopter. Copper Canyon courtesy photo

VERDE VALLEY – At 12:57 p.m. Thursday, Copper Canyon Fire and Medical District was dispatched to Bell Trail, where an unidentified female hiker had reportedly fallen about 20 feet.

According to a press release by Copper Canyon’s Steve Sarkesian, the technical rescue call was for a patient who was located “several miles up the trail in the wilderness area.”

“It took crews time to make contact with the patient due to an extensive hike into the wilderness,” Sarkesian stated.

Copper Canyon Fire personnel began medical treatment and prepared the patient to be picked up by DPS ranger.

The patient was then picked up by the DPS Ranger helicopter and brought to a landing zone to be transported by a medical helicopter, Sarkesian stated.

“We couldn’t see any other injuries,” Sarkesian said. “She’s a lucky gal.”

The County Sheriff’s Search and Rescue team was used to secure and set up a landing zone for all the helicopters, Sarkesian stated.