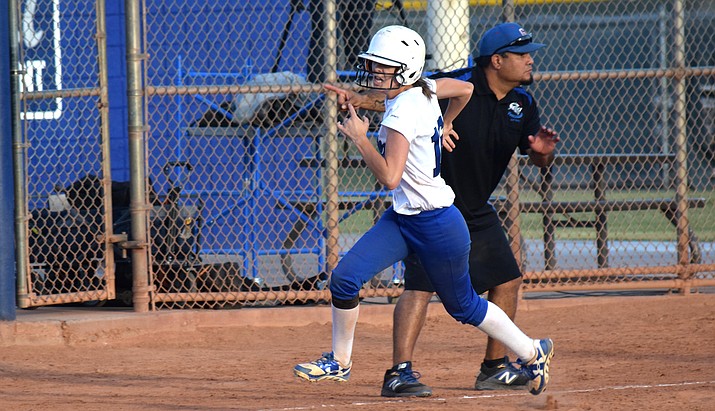 Camp Verde High softball will get another crack at a state championship against Benson.

The No. 3 Cowboys will face No. 1 Benson Tuesday at Farrington Softball Stadium at Arizona State University at 6:30 p.m. for the 2A state championship.

Camp Verde dispatched No. 2 Goodyear Trivium Prep 4-0 in the semifinals on Friday. Benson beat No. 4 Morenci 4-1 in the other semifinal.

Last year, Camp Verde and Benson met in the state championship game with the Bobcats winning 7-3. It was Benson’s second state title in a row.

This year’s state title game was originally scheduled for 5:30 p.m. but was moved to 6:30 p.m. after the 4A championship game was moved to Tucson.