Great Art on Screen ‘Water Lilies of Monet’ premieres May 21 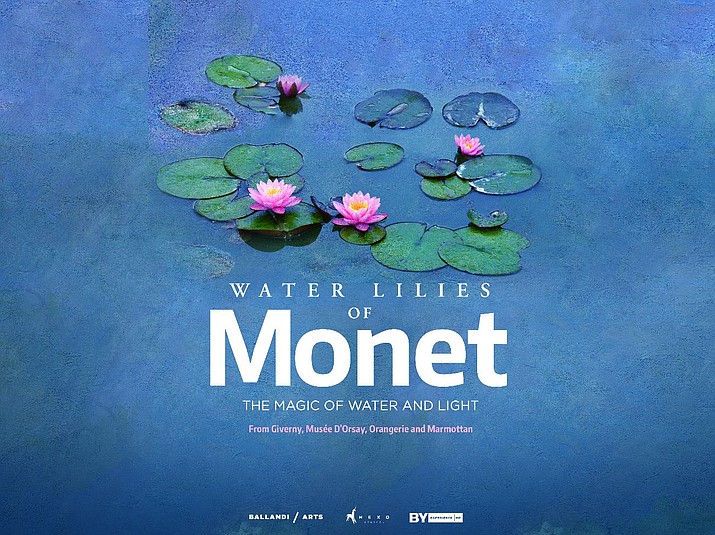 Sedona International Film Festival continues the Great Art on Screen series with “Water Lilies of Monet: The Magic of Water and Light”. The event will show in Sedona on Tuesday, May 21 at 4 and 7 p.m. at the festival’s Mary D. Fisher Theatre.

Great Art on Screen is a series of seven documentaries featuring an in-depth look at the most extraordinary and groundbreaking art masters of their time.

Voyage through the masterpieces and obsessions of the genius and founder of Impressionism, Claude Monet. An art-world disruptor at the turn of the 20th century whose obsession with capturing light and water broke all convention, Monet revolutionized Modern Art with his timeless masterpieces.

An in-depth, exclusive tour led by Monet scholars of the museums that house the largest collections of the prolific artist’s lilies paintings including the Musée Marmottan Monet, the Orsay Museum, the world-famous panels at L’Orangerie and concluding with Monet’s own house and gardens at Giverny, the site where his fascination for water lilies was born.

“Water Lilies of Monet: The Magic of Water and Light” will be shown at the Mary D. Fisher Theatre on Tuesday, May 21 at 4 and 7 p.m.

Tickets are $15, or $12.50 for Film Festival members. Tickets are available in advance at the Sedona International Film Festival office or by calling 928-282-1177 or online at www.SedonaFilmFestival.org.